Victor Conte, a well-known authority on anti-doping and CEO of the SNAC System, chimed in on the recent drug testing controversy hovering over the head of former two division world champion Saul "Canelo" Alvarez.

On Monday, it was revealed by Golden Boy Promotions that Canelo had tested positive for trace amounts of clenbuterol, which boxer believes was the direct result of contaminated meat.

The Mexican superstar has been training a May 5 rematch with IBF, IBO, WBA, WBC middleweight champion Gennady Golovkin at the T-Mobile Arena in Las Vegas. 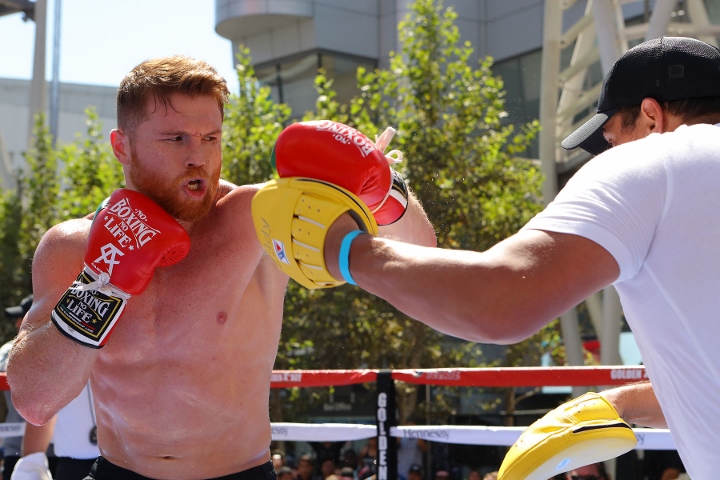 Golovkin and Canelo fought to a split draw in a September 16 thriller that ended amid some controversy.

A voluntary drug test showed Canelo had trace amounts of the drug in his system and Golden Boy Promotions said in a statement on Monday the level was "consistent with meat contamination that has impacted dozens of athletes in Mexico over the last years."

"These values are all within the range of what is expected from meat contamination," Golden Boy quoted Daniel Eichner, director of the WADA-accredited SMRTL lab that conducted the tests, as saying.

Golden Boy said Alvarez will immediately move his training camp from Mexico to the United States "and will submit to any number and variety of additional tests" deemed necessary.

Tainted meat has been blamed before for positive clenbuterol tests in Mexico, where it is sometimes used to fatten cattle.

Although often used by bodybuilders during their "cutting" cycles, the drug has been more recently known to the mainstream for its off-label use as a weight-loss drug.

Conte gave his take on the growing controversy

“Clenbuterol is a very potent and effective performance-enhancing drug that would certainly help a boxer,” said Conte to the Las Vegas Review Journal.

“[Canelo and Golovkin] fought six months ago. What have they been doing since then? For four months, they had the green light to do whatever they wanted.

“Here, we end up with this dog-ate-my-homework type of excuse and everyone thinks (Canelo) was doing drugs. It is plausible that he did not intentionally cheat. Nobody can say for sure if there was intent or not. He could have used Clenbuterol for three months and there are still traces in his body. Or he could have eaten tainted meat.

“But these are multi-million-dollar athletes. I’d be shipping in fresh meat from someone other than Mexico. They had to know this was a possibility.”

Either Canelo is a cheater or a complete moron and mentally unfit to box. Come on of course he knew he was cheating. To suggest otherwise is just ****ery.

[QUOTE=alexguiness;18549131]The 'I've been eating alot of steak' excuse is so ****ing pathetic. Like a dude telling his wife that he stepped out the shower, slipped on the floor and ended up on top of the 20 year old nanny with…

This why fighters who do 365 are really the only ones we KNOW are clean.Wilder does and a few others I know the brits got a lot better testing on their own then we do(without WADA/VADA).Can you IMAGINE Wilder juiced…

[QUOTE=Shadoww702;18549085]Damn!!! I forgot about that??? These crazies dont like us making our own decisions or any orginal thought...[/QUOTE] I was going to type 'LOL', but then that would make me guilty by association...