Verdejo: People Think Loma Will Destroy Me - Nobody Will Beat Me at 135!

Verdejo wants revenge for Lomachneko defeating him in the 2012 Olympic games in London.

Verdejo returned to the ring last week, when he blew away unbeaten Will Madera in one round at the MGM Grand's Conference Center in Las Vegas. 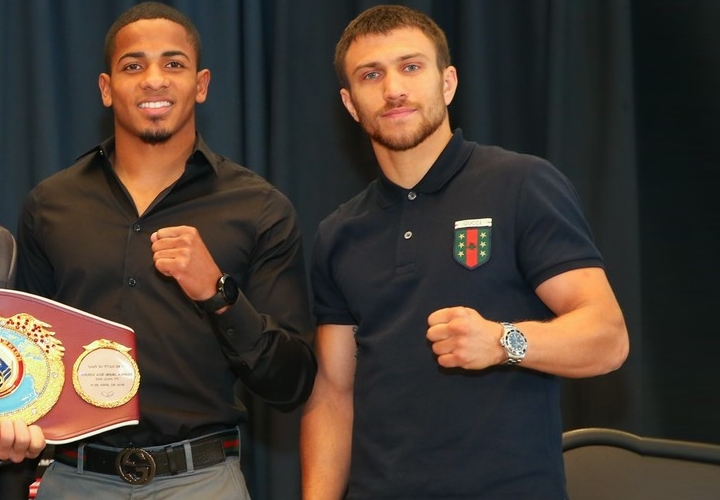 Verdejo is looking to return to the ring for another fight before the year is over.

And one man that he called for is Lomachenko.

“I only made the comment. I would like to fight more and that fight [with Lomachenko] - obviously - is something I want and everyone wants," Verdejo said to Sara Hernandez." Obviously, you have to draw up a plan before arriving at that fight in order to perform as you should."

While top executives at Top Rank believe Verdejo needs a few more fights before arriving to a clash with Lomachenko - the Puerto Rican boxer has proclaimed that he's ready to take that fight right now.

“I know there is concern that if I fight Vasiliy Lomachenko, he will destroy me. But they are wrong because I know, as I'm starting to see [the real version of] myself again, neither Vasiliy Lomachenko, nor Teófimo [López], nor any of the 135-pounders will beat me," Verdejo said.

Lomachenko and López are scheduled to meet on October 3 in a lightweight title unification fight. The Ukrainian holds the belts of the World Boxing Organization (WBO) and World Boxing Association (WBA). Meanwhile, Lopez is the champion of the International Boxing Federation (IBF).

For his part, Verdejo could return in September. According Verdejo's coach Ismael Salas, the next opponent is expected to be a tougher foe.

"Obviously I'm happy with the victory I got. I thought he (Madera) was going to last a little longer with me, but he did not deal with the strength that I brought," said Verdejo, who now has a 27-1 record, with 17 knockouts.

If you don't believe Bobby boy is whispering in Verdejos ear about throwing Loma's name out there, you got something else coming. This is how Bob operates, the Loma, Lopez fight isn't going to happen because of money, and this…

[QUOTE=ShoulderRoll;20670052]Earn your shot like everybody else. One win after a disappointing career doesn't put you next in line.[/QUOTE] I agree. I'm Puerto Rican and I'm ALL about my guys but, I'm also realistic. Honestly, the fact that he knocked Madera…

Lets Go Champ! I saw the Killer Instinct look in his Verdejo's Eye. He dispatched a game opponent in 2 min, Ismael Salas can properly prepare this Man to defeat any of the Top Opponents.

Earn your shot like everybody else. One win after a disappointing career doesn't put you next in line.