Albert Bell was reduced to a one-handed boxer by the end of the night, but was enough to preserve his unblemished record along with a massive bet placed on the Toledo native.

The unbeaten junior lightweight came up aces in Thursday’s ESPN-televised chief support, claiming a 10-round shutout win over Philippines’ Mark Bernaldez (20-4, 14KOs) at MGM Grand Conference Center in Las Vegas. The bout sparked the interest of at least one enthusiastic better, who placed a $150,000 bet at BetMGM Luxor on Bell, who was a 20-1 favorite at the time. 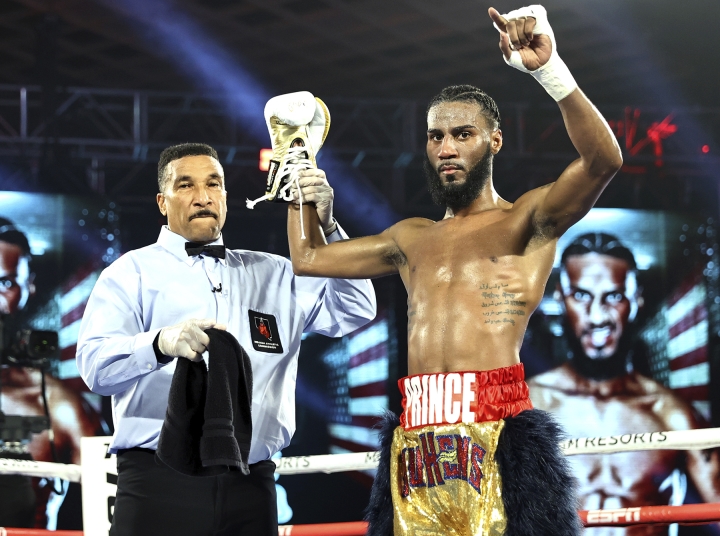 Even with the longshot odds, there came nervous moments late in the fight. Bell fought through a pre-existing injury to his right hand, which he aggravated early in Thursday’s fight and turning away in pain after landing a power shot in round eight.

The 27-year old prospect boxed his way to victory down the stretch in picking up his second win of 2020.

While the sizeable bet is stunning at first glance, it’s actually part of a recent trend of heavy action since boxing has returned to Las Vegas in June.

The most exorbitant bet placed to date came in a bout involving another unbeaten 130-pound prospect. Gabriel Flores Jr. entered the ring as a 45-1 betting favorite for a June 18 bout versus Josec Ruiz in the very same venue. The bout was upgraded to main event, although its status had little to do with the same sportsbook fielding a wager of $187,847.35 placed on the 20-year old from Stockton, California.

One week later came an attempted parlay on undefeated featherweight prospect Orlando Gonzalez and unbeaten heavyweight Sonny Conto, with a bettor investing $192,001.30 in hopes of collecting an additional $25,107.85 for wins by both.

Conto never made it to the June 25 card, as he was a medical scratch. The ticket was transferred to a straight bet on Gonzalez (15-0, 10KOs) who scored two knockdowns en route to an eight-round decision over a game Luis Porozo. The victory provided a profit of $14,763.33.

[QUOTE=Squared.Circle;20642117]I bet the same guy put half a mil on Wilder to beat Fury, looking to make a grand. Oopsy daisy :lol1:[/QUOTE] So Wilder was a 1-5000 favorite against Fury? Umm what? He wasn’t even favored.

I bet the same guy put half a mil on Wilder to beat Fury, looking to make a grand. Oopsy daisy :lol1:

[QUOTE=revelated;20641763]I had 5 lines on Fury in the Wider rematch. None of them for a KO. Lost on all of them. He did everything opposite of what I expected. I was NOT happy.[/QUOTE] I put all of my money into…

[QUOTE=TheMyspaceDayz;20641456]One of these days a giant bet is going to backfire and I’m not sure how I’m going to feel about it.[/QUOTE] I had 5 lines on Fury in the Wilder rematch. None of them for a KO. Lost on…