The heavyweight debut of Oleksandr Usyk is running into some turmoil.

Usyk is scheduled to face undefeated heavyweight banger Tyrone Spong, this coming Saturday night in the main event of a DAZN streamed card from the Wintrust Arena in Chicago.

According to Hearn, there are replacement opponents on standby.

"We have been contacted by VADA to inform us that there has been an adverse finding in Tyrone Spong’s test. It has been sent to the State of Illinois commission and further information will be released in the morning. We have reserve opponents standing by," Hearn stated.

Usyk (16-0, 12 KOs) was scheduled to make his heavyweight debut earlier this year against Carlos Takam, but the Olympic gold medal winner withdrew with injury. Talks to reschedule went nowhere, after Takam signed a promotional deal with Joe DeGuardia of Star Boxing.

In 2018, Usyk unified the entire cruiserweight division when he united the WBC, WBA, IBF, WBO world titles, with a dominating decision over Murat Gassiev in the final bout of the World Boxing Super Series. In his final cruiserweight bout in November of last year, Usyk scored a brutal knockout of Tony Bellew, who retired afterwards. 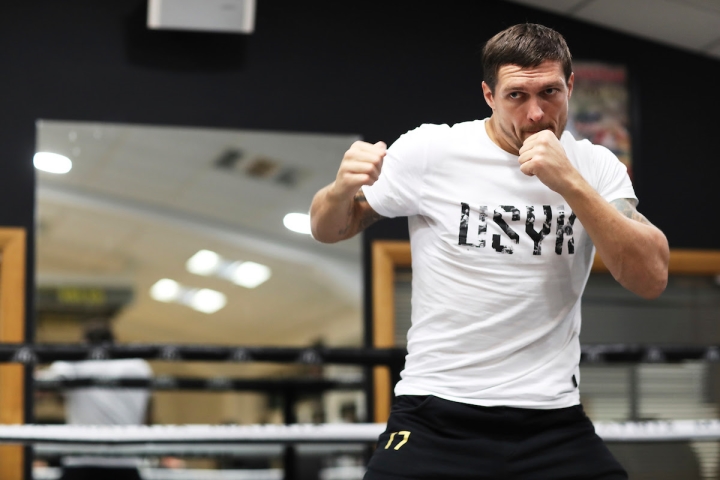 [QUOTE=Randall Cunning;20109232]Yeah man, really suspicious these drug tests. Should just do as PBC does and have no VADA testing at all[/QUOTE] I'm not saying or suggesting that. Hearn lines these guys up, then suddenly they flunk tests, and he gets…

[QUOTE=Split Decision;20109762]hes talking about chisora vs usyk[/QUOTE] chisora will probalby ask for more than parker would :lol1:

[QUOTE=dot.c.eh;20108749]Jesus will Usyk ever have his HW debut? This doesn't look promising[/QUOTE] LMAO. Politics.

[QUOTE=New England;20109755]parker wil want a lot of money. he made 12 million bucks to fight joshua. spong is probably fighting for 5% of that at the most.[/QUOTE] hes talking about chisora vs usyk

[QUOTE=Adamsc151;20109564]Parker's pulled out of the Chisora fight and it looks like Spong is going to be pulled from the Usyk fight, I'd watch that fight between 2 jilted boxers - it would remove the obstacle of finding 2 late notice…