Usyk is Focused on Skill, Not Bulking Up, Says Sparring Partner

Usyk is working with sparring partner Fabio Wardley, to prepare for a planned fight with heavyweight veteran Carlos Takam at the likely location of Chicago in May. 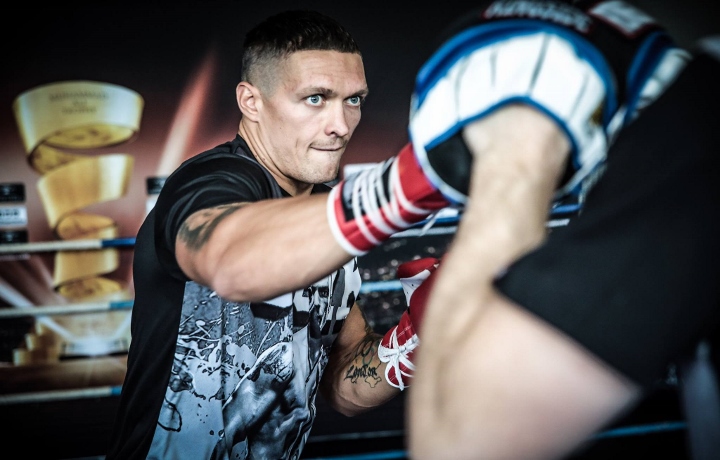 Wardley was helped Usyk prepare for his knockout win over Tony Bellew in November.

Now he's been trained once again  to help Usyk prepare for the bout with Takam.

"Look we're starting up again, come back over and get some work, and I jumped at the chance," Wardley told Sky Sports.

"He's brilliant. He's the same as before. Him and his team are just a great set of people. They are really accommodating, they look after you, and besides that as well, they are cool, funny people. We're always having a little bit of a laugh and a joke. They are great to be around really.

"We spar three times a week. It's me and a couple of other sparring partners. Between the lot of us, we're all putting him through his paces, really pushing him. Overall, I've sparred about 40 rounds with him now. He looks a bit thicker. He's filled out a bit, but I think even though he's stepping up to heavyweight, he knows the type of fighter he is.

"He's not trying to bulk up massively, put a massive amount of weight on, and become an imposing figure like that. He knows his game, he knows himself, and he knows his style and how his body needs to be and what shape he needs to be in for that to work. He's looking a bit thicker and a bit bigger, which is great, because obviously you're going to need that in the division, but he's still maintaining the same punch output, and the same type of energy he brings to any fight he has."

[QUOTE=Boxing Logic;19636964]The same 150 Mayweather that needed illegally large amounts of saline IVs vs Pacquiao because he was "dehydrated" making 147? Like yeah if those numbers were true, then we could say Usyk can also do it, but I'm starting…

When he gets hit, all will be revealed. The man could take a punch at CW, but these HW are 30 pounds bigger and athletic enough to score on Usyk at some point in a fight. He is #2 on…

[QUOTE=juggernaut666;19638406]No but Bashir fighter is helping Usyk out in sparring with ( Vlad Sirenko his fighter ) so Bashir is around and in all likelihood seeing over the camp while there.[/QUOTE] OK, thanks for the info.

[QUOTE=kafkod;19638380]When I read that April fools spoof report about Wlad signing with DAZN, the first name that popped into my head was Usyk! But I thought he had split with Ali Bashir, is he back with him now?[/QUOTE] No but…

[QUOTE=juggernaut666;19638282]Ali Bashir said he's weighing 217 currently , not sure why the posters on here haven't learned to read the actual article when they know B Scene puts out misleading titles ? Lol Bashir went on to say he needs…