Umar Sadiq handed Kody Davies his first defeat as he lined himself up for a shot at a title.

The super-middleweight, who was beaten by Zak Chelli back in October 2018, is on a six-fight winning streak.

Sadiq, 32, quit his job as an accountant in a bid to do something in the game and he made some ground at Bethnal Green’s famous York Hall venue on Saturday night. 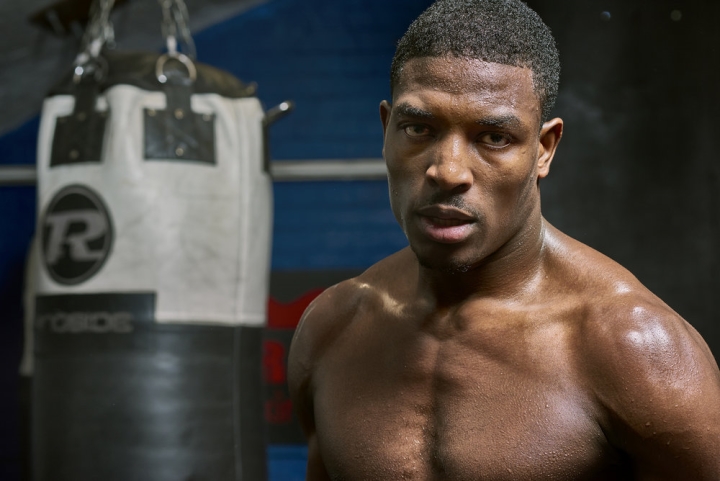 The Nigerian-born Ilford fighter took on Davies, who moved down to 168 pounds for the fight and is now 10-1, and outpointed him across 10 pulsating rounds.
The fight formed part of the build-up to the big heavyweight showdown between Deontay Wilder and Tyson Fury.

The pair clash at the MGM Grand Garden Arena in Las Vegas, exclusively live on BT Sport Box Office in the UK and ESPN + & Fox Pay-Per-View Stateside, and the promoter of ‘The Gypsy King’ Frank Warren decided to stage a card at the spiritual home of British boxing in a bid to whet the appetite.

The card, which will have a portion of it simulcast on ITV, will be topped by the British and Commonwealth super-bantamweight title rematch between Brad Foster and Lucien Reid.

Sadiq is now one step closer to fighting for the British super-middleweight title, which is held by Lerrone Richards, after winning the official eliminator which was ordered by the British Boxing Board of Control.

Meanwhile, Dennis McCann was extended the distance for only the second time in his career.

‘The Menace’, who is managed by MTK Global, has been likened to Naseem Hamed since turning professional back in May 2019.

McCann, in his first outing of the new year, moved to 6-0 with four quick after outpointing Pablo Narvaez by 60 points to 54.

Willy Hutchinson won his 11th fight as a professional in good fashion.

Scotland’s most successful amateur boxer, who won European Junior gold in 2014 before following that up by becoming the first Scotsman ever to win a World amateur title, was in against Edgards Sniedze over six rounds and came out on top to keep his unblemished record intact.

Hutchinson, trained by Dominic Ingle in Sheffield, turned over back in October 2017 and was last in action back in September at the Royal Albert Hall in Kensington, London.

But he got his year off to a flyer with a points win over limited Latvian light-heavyweight Sniedze, who slips to 6-30, after coming out on top with a 59-54 card after being deducted a point for hitting on the break in the penultimate stanza.

Also on the bill, Henry Turner continued his undefeated ledger as a pro.

The 19-year-old seven-time national amateur champion made his debut back in December.

He had it pretty much all his own way and, despite being warned to keep his defences tight and be aware of what’s coming back against Daryl Pearce, got the win on points by a straightforward margin of 40 points to 36.

And Noakes produced something of a blistering display to remain undefeated.

The 22-year-old, from Maidstone in Kent, moved to 3-0 with two quick against Des Newton.

Noakes, whose mother Sharon was at ringside, becomes the first fighter to stop the 31-year-old from Devon.

Newton, who had a welt over the right eye when the contest was stopped by the referee at the end of the first round, won his first seven fights but now has a ledger of 8-15 after being dropped twice during the first three minutes.