Last week, Yordenis Ugas (25-4) appeared on Premier Boxing Champions' Facebook page to interact with boxing fans on various subjects. PBC has held weekly chats on all of their social media platforms during this down time caused by the COVID-19 pandemic.

One of those subjects was the chance of a potential rematch against former champion Shawn Porter.  The two squared off in March, 2019 with Porter pulling out a split decision in a fight many observers felt Ugas did enough to win.

"That was a great fight of two of the best welterweights.  A lot of people think I won that fight and I would love to make that fight happen again," Ugas said. 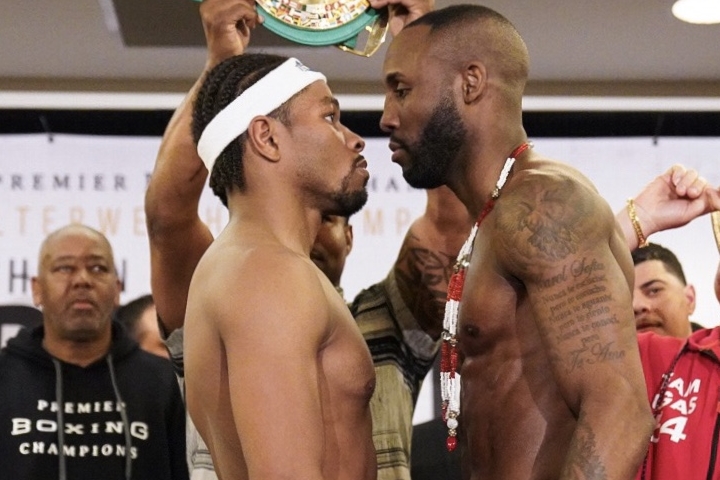 Other potential welterweight fights were mentioned by fans were with Mikey Garcia and Danny Garcia as potential opponents.  While Ugas is interested in facing either fighter, he believes that a fight against Danny is much more possible at this point in time.

"Mikey is a great fight for me - I don't think I am in his plans but it is a good fight. I am looking to fight for titles and he has different plans right now so I don't know how possible that fight is," said Ugas.

Danny vs ugas for wbc if Spence isn't ready.

It’s interesting that the other fighters don’t mention Ugas. He is ranked as the 7th best WW behind the obvious names Bud, Manny, Errol, Danny, Keith, Shawn. But a lot of people thought he beat Porter, including me. While Ugas…

I like all those fights. Ugas did it well against Porter, arguably he should have won.

Ugas should be calling out Crawford, I don't think Crawford takes it but you never know. I would say if Crawford doesn't want to fight Porter or can't get Garcia or Thurman, Ugas is an excellent option, he's way better…

Ugas should continue to call out Crawford until he gets his wish of getting his ass kicked.