Tyson Fury to Fight Francesco Pianeta on August 18 in Belfast

Tyson Fury has an opponent for his August 18 fight in Belfast.

Promoter Frank Warren announced Thursday that the former heavyweight champion will face Francesco Pianeta in the second fight of Fury’s comeback. Fury’s fight will be part of the Carl Frampton-Luke Jackson undercard at Windsor Park, a soccer stadium in Northern Ireland’s capital city.

The 33-year-old Pianeta isn’t a ranked heavyweight contender anymore, but the Italian veteran is a step up from Fury’s last opponent. Switzerland’s Sefer Seferi had a better record than Pianeta when he faced Fury last month, but he had fought a very low level of opposition. 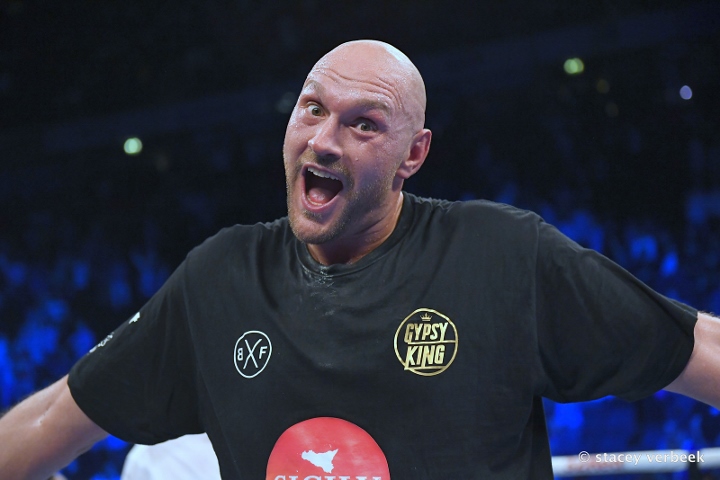 Once their bout began June 9 in Manchester, England, Seferi clearly had little interest in engaging the 6-feet-9, 276-pound Fury. Seferi (23-2, 21 KOs) retired on his stool following the fourth round in what amounted to a completely uneventful fight at Manchester Arena.

Pianeta, a former European heavyweight champ, twice fought for world heavyweight titles, but lost both of those bouts by knockout.

“Tyson had been out of boxing for a long time,” Warren said in a press release, “and Pianeta is a good opponent for what is Tyson’s second fight back after his break. Tyson had a short rest after Seferi, but is back in full-time camp, ready for this challenge in Belfast. He needs rounds under his belt before moving to the next level and this fight will do that, and make him work for his win.”

England’s Fury (26-0, 19 KOs) returned against Seferi from a 2½-year layoff. Before facing Seferi, the 29-year-old Fury hadn’t fought since he upset Ukraine’s Wladimir Klitschko (64-5, 53 KOs) in November 2015 to win the IBF, IBO, WBA and WBO heavyweight titles in Dusseldorf, Germany.

Fury battled alcoholism, drug addiction and depression after his career-changing victory over Klitschko. Their immediate rematch was canceled twice due to Fury’s issues and he eventually vacated his four championships.

The Italian-born, Germany-based Pianeta (35-4-1, 21 KOs) was knocked out by Klitschko and Ruslan Chagaev in his two heavyweight title fights. The 6-feet-5, 242-pound southpaw also lost his last fight – a 10-round unanimous decision to Croatia’s Petar Milas (12-0, 9 KOs) on June 16 in Munich, Germany.

[QUOTE=alexjust;18932950]Interesting flexibility when it comes to the champ you like. Would you afford the same flexibility to the former champ you don't like? But anyway, Fury wasn't force fed, was he? Nobody forced him to do cocaine or drink like…

Well, a good opponent for a snail-paced comeback. I will reduce this to a confidence building bout

if kevin johnson stopped him then fury ko

[QUOTE=scarybodyshot;18931811]The guy needs to stop bragging about being the Ring Magazine Champion and avoided fighter. Putting instagram videos up saying he'd sign for Wilder. Typical of the travelling community - Lie, cheat, steal and con as many people as they…

[QUOTE=lparm;18933443]Very nice jump up in competition. Now he's in with a 2 time world title challenger who even went several rounds with a prime Wlad. Good test for fury against a guy just outside the top 10 best heavyweights[/QUOTE] Just…