Tyson Fury dominated, outlanding Deontay Wilder 82-34 in total punches to capture the WBC heavyweight title with a seventh round stoppage. 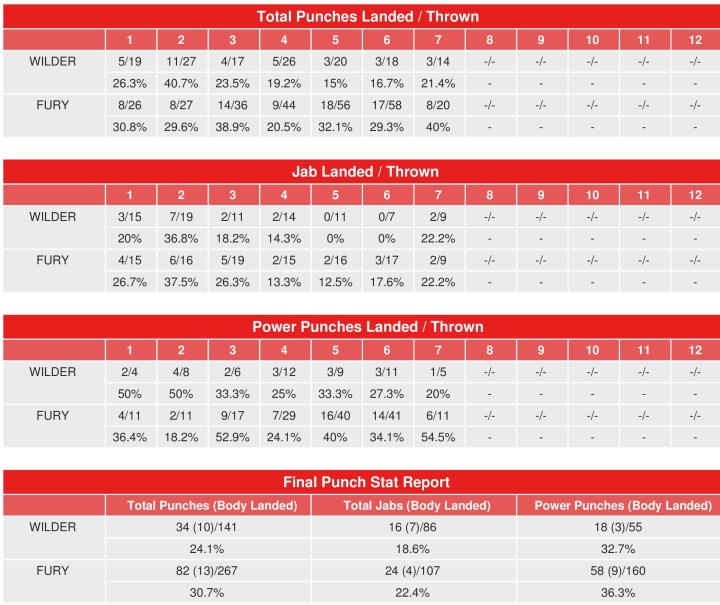 MGM Grand, Las Vegas - In the highly anticipated rematch for the WBC heavyweight title, Tyson Fury (30-0-1, 21 KOs) made a statement by dropping Deontay Wilder (42-1-1, 41 KOs) twice to secure a seventh round stoppage.

The punch landed stats on Tyson fury’s behalf is beyond accurate. Sky bet knows it’s wrong but because your stats are wrong they won’t give the thousands of people their money

One of my homies was ringside. He said Fury battered him from center to corner and back to center. May be his soul taken away...

Woo-Wee!!! Wilder got his ass whooped!

These numbers don't do show what a complete assault it was. People in the crowd looked like they were watching a father beat his son. They looked uncomfortable. Beautiful performance by Fury. Respect to Wilder, but that was a beating.