Heavyweight contender Tyson Fury is taking no chances ahead of his scheduled rematch with WBC world champion Deontay Wilder.

Back in September, Fury suffered a severe cut above his right eye in a twelve round contest against unbeaten Otto Wallin. There were moments where it appeared the contest would get stopped, but it was allowed to continue and Fury ultimately won a twelve round unanimous decision.

The rematch with Wilder takes place on February 22 at the MGM Grand in Las Vegas. The first bout ended in a controversial twelve round split draw, in December 2018, at Staples Center in Los Angeles. 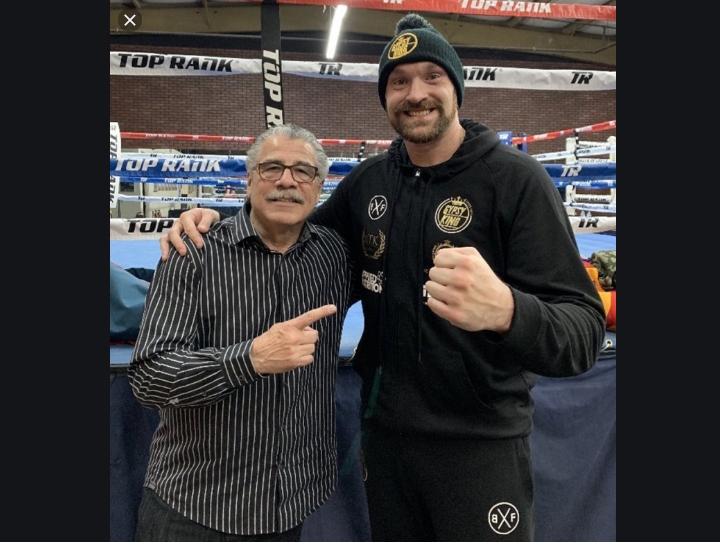 Wilder stated in several interviews that he fully intends to target the area of Fury's cut.

If the cut does re-open, Fury has hired one of best cut-men in the game to keep it under control.

On Wednesday, Fury revealed that he retained the services of highly-respected cut-man Jacob ‘Stitch’ Duran.

Duran has worked with numerous top talents in the sport of boxing and mixed martial arts.

A few weeks back, Fury's American promoter, Bob Arum of Top Rank, expressed his disappointment with Fury's corner in the Wallin fight. He felt his boxer needed an overhaul of the entire corner.

Another big change that Fury made since the last fight, was hiring a new head trainer in SugarHill Steward. Fury decided to part ways with Ben Davison, who trained the boxer for his last five bouts.

Steward is the nephew of Hall of Fame trainer Emanuel Steward, who led Wladimir Klitschko and Lennox Lewis to unified title runs.

[QUOTE=YoungManRumble;20342175]I'm not sure if they've worked together lately but he was around Wilder a lot helping develop him early in his career since Anber is much more than just a cutman as I'm sure you know.[/QUOTE] He has been in…

[QUOTE=Articulateboxin;20342566]Well in his defense, he thought he won the fight very clearly in his head and still came away without the belt. He perhaps senses some weakness in wilder when he clipped him a few times in the 12th and…

Stitch is such a shameless self promoter. I’ve never seen a cutman try to get his face and brand to as much tv camera exposure as possible than Stitch.

Great choice, Stitch is great and a great human being.

Even Duran won't be able to patch up Fury if Wilder opens up the cut. P.S. I know a win is a win, if you win within the permitted rules, but won't we respect Wilder more, if he said he…