Eight division champion Manny Pacquiao is physically and mentally ready, as he packs his bags and heads out to Malaysia.

At 39-years-old and coming off a twelve round unanimous decision loss to Jeff Horn from July 2017, another defeat would likely send Pacquiao into retirement. 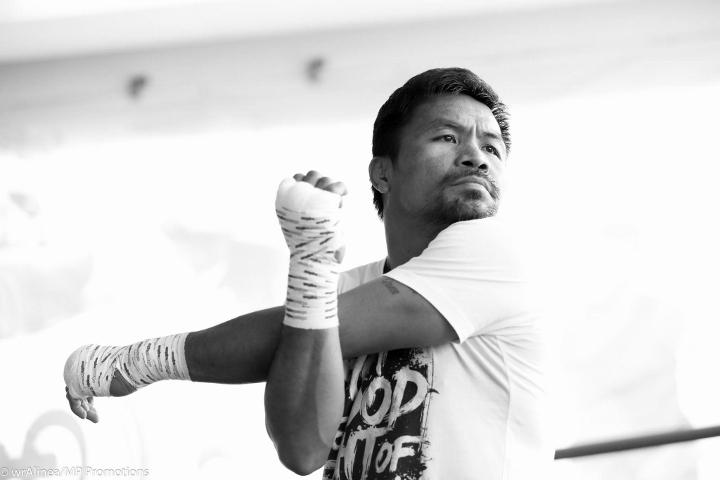 Pacquiao will also enter the ring without the services of his head trainer, Freddie Roach.

After 16 years of working together, Pacquiao parted ways with Roach a few months ago.

For this fight, Pacquiao was prepared by his assistant trainer and best friend Buboy Fernandez.

“Manny prepared long and hard for this fight and he’s ready to prove he still belongs to that list of world champions, “ Buboy told The Manila Times.

“He’s 100 percent ready. We covered everything that is to be covered. No less. We’ve watched and studied almost all of Matthysse’s previous fight, especially those he lost and found his weaknesses and assets, set our game plan based on those [factors]."

Part of the team, who helped with strategy, is veteran strength and conditioning coach Justin Fortune.

According to Fortune, they put together several plans of attack to make the right adjustments on Matthysse.

“Boxing fans all over the world will see a young Manny Pacquiao this time, throwing a lot of punches, more footwork, head movements and all he’s been showing before when he was acclaimed the best pound-for-pound fighter in the world,” Fortune said.

“Yeah, we’ve laid everything out, plans B, C, everything and Manny’s been studying them all in earnest, executing in training. We couldn’t ask for more."

It's no coincidence that Pac's KO's left when he began taking random PED testing. They stalled the testing as long as possible thinking they would cash out and be done after the Mayweather fight. I will be suspicious if he…

So I had a dream Kovalev got stopped in the Ward rematch in rd 9, but never posted about it bc why the fook would I? it was a dream. So this is gonna be random, but I'm curious....I dreamt…

[QUOTE=takenotes;18923583]From PPV to ESPN +....that is the quickest rundown you will ever need about this guy[/QUOTE] You do realize that #1 P4P contender Terence Crawford just fought on ESPN plus, right? :lol1: