The demand was for boxing—and sporting events in general—to come up with a sufficient safety plan in order to once again do business in Nevada.

As previously reported by BoxingScene.com senior writer Keith Idec, the Nevada State Athletic Commission (NSAC) unanimously approved combat sports to once again take place in state, passing a motion that was made during its monthly agenda hearing Wednesday morning in Las Vegas. The primary benefactor of such news was Top Rank, the longtime and locally based promotional outfit who will run shows beginning June 9, and every Tuesday and Thursday thereafter throughout the month of June and likely well into July. 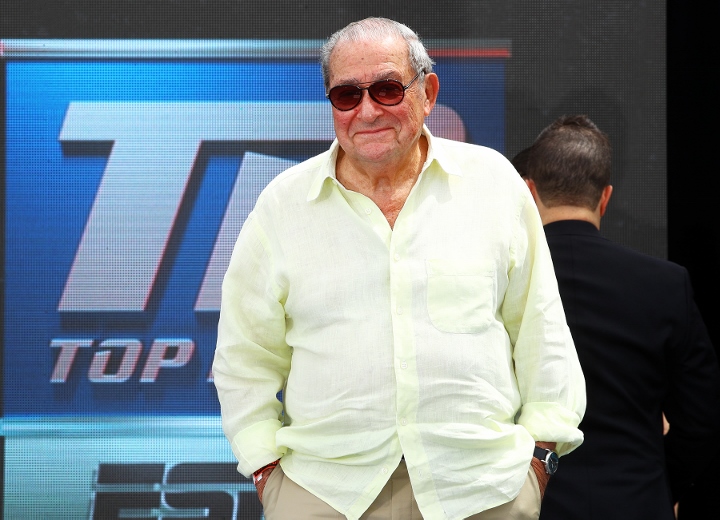 The shows—all of which will air live on an ESPN platform behind closed doors at an MGM property—will mark the first piece of ring action to take place anywhere in Nevada since February 28. Wednesday’s meeting itself was the first of such kind since February 19, with March and April sessions canceled—along with all boxing events in that span and through May—canceled in the wake of the ongoing coronavirus disease (COVID-19) pandemic.

A mandate was presented by Steve Sisolak, Nevada’s governor who announced Tuesday evening that any sporting events to take place in state would have to be approved by the NSAC, and accompanied with an exceptional safety plan in hand. Top Rank has long ago taken that measure, tirelessly working—and continuing to work—with the Nevada Coronavirus Task Force to be prepared for this very moment.

“The Nevada officials have come up with a very good plan, and we’ve been working with a coronavirus task force in state along with (NSAC executive director) Bob Bennett and the MGM hotels, which will make a facility available for us,” Bob Arum, the Hall of Fame promoter and founder of Top Rank told BoxingScene.com.

The developing protocol in place is very much to the commission’s satisfaction.

“I’m pleased to see that we are all working in concert with a closed-system event, and I expect it to be very successful.”

It was more than enough to sway the commission to a unanimous vote for boxing to once again take place in Nevada. The timing of the events is perfect for the Las Vegas economy; Gov. Sisolak announced on Tuesday plans to reopen its casinos beginning June 4.

As previously reported by BoxingScene.com, all boxers and assigned essential personnel (immediate team members, and assigned staff from promoter, commission and broadcaster) will be subject to strict COVID testing upon on-site arrival. Once tested, said party will be isolated for a period of 4-6 hours. A negative test will provide clearance to enter “the bubble”, where all participants will be required to remain to and through fight night.

Anyone who tests positive will not be permitted on site. Tests will be conducted far enough in advance to avoid a scenario where someone carrying such symptoms will be in the presence of others at any point.

The same hearing also provided clearance for Ultimate Fighting Championship (UFC) to stage shows on May 30 and June 6, which will air live from the UFC Apex in Las Vegas. UFC has already presented three shows mid-pandemic, all taking place in Jacksonville, Florida. Each event carried no fewer than 10 fights per card, which is more than double what Top Rank plans to do.

“We’re talking about four fights to start out,” Arum confirmed to BoxingScene.com. “The fewer fights you have the better you can control things.”

I just want to see Mike Tyson knock out some bum from the pub man.

Although Boxing starved fans will most likely tune in if they can, it still needs to have some sort of attraction. Should the fighters be some kids off the street or ultimately be poor quality boxers/boxing then I can see…

I thank you God Father Bob Arum and his company Top Rank for putting boxing again for us boxing fans. I am bloody pump already. :boxing:

Arum looks great or his age and still doing business and giving ideas. Love him or hate him, he´s done a lot for the sport.