BoxingScene.com has been advised that 2016 Olympic gold medal winner Tony Yoka (5-0, 4 KOs) has signed a managerial agreement with James Prince.

Yoka is expected to return to the ring on a date in July, in France. 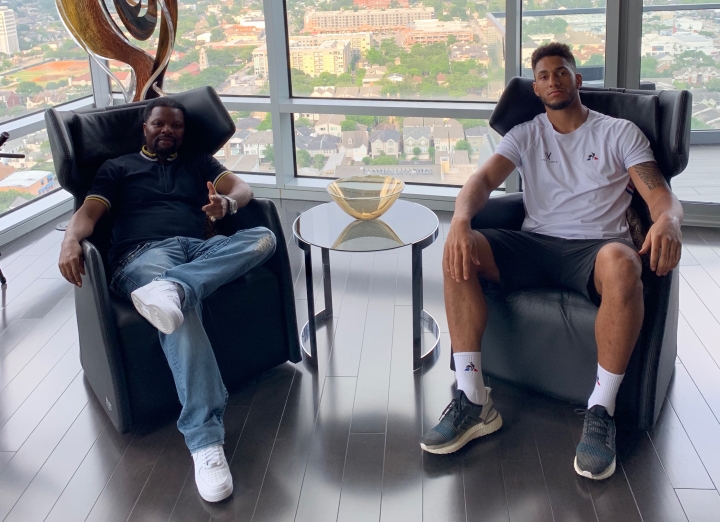 Yoka won Olympic gold in the super heavyweight division with a victory over Joe Joyce. He became the first boxer in the history of France to win a gold medal at super heavyweight. Before the gold medal bout with Joyce, Yoka had beaten Hussein Ishaish in the quarter-final, and Filip Hrgovic in the semi-final

Yoka won the gold at the 2015 AIBA World Boxing Championships. And he won a gold medal with a win over Joseph Parker in the super heavyweight division at the 2010 Summer Youth Olympics in Singapore.

In 2017 Yoka made a decision to turn pro, and hired veteran trainer Virgil Hunter. He stopped Travis Clark in his debut fight at Le Palais des Sports in Paris, on June 2017.

"It’s an honor and a privilege to be his manager. Now you have been put on notice that the future heavyweight champion is coming for all belts," Prince stated to BoxingScene.com.

In July 2018, the French Anti-Doping Agency banned him for one year because of missing three drug tests between July 2016 and July 2017. His appeal against the ruling was rejected by the French Council of State in August 2018.

Yoka's last fight took place in June of 2018, when he stopped Dave Allen in the tenth round.

[QUOTE=Tecnoworld;19768794]Yoka is very good but he needs to go outside France to make decent fights[/QUOTE] It is because he signed an exclusive 4 years fight deal with Canal+ Sport . If I remember correctly the deal was for like 10…

Anything that can get him here in America and get him ACTIVE! He is becoming the Heavyweight Version of Demetrius Andrade :nonono: Extremely talented though, can be a Complete Boxer at Heavyweight!

Wonder if this changes the plan for him, there had been rumors of him fighting Duhaupas in France before the end of the year

[QUOTE=Mick Higgs;19768653]Yoka has wasted a whole year. His ban was only in France, so why didn't he fight abroad?[/QUOTE] Anyone that is banned is only banned by the commission giving the ban. Other commissions recognise those bans and enforce them,…