Tony Yoka Blasts Out Johann Duhaupas In One Round

Tony Yoka was presented with his most significant assignment to date.

The evening concluded with a statement-making performance.

Paris’ Yoka made quick work of former title challenger Johann Duhaupas, stopping his countryman in the 1st round of their heavyweight clash Friday evening in front of a socially distanced crowd at La Defense Arena in Nanterre, France. 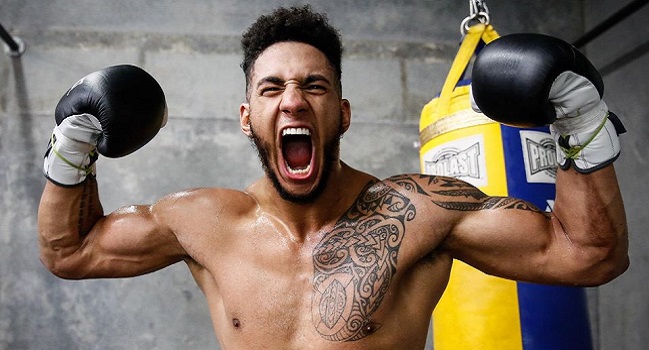 Duhaupas was dropped twice in the brief affair, the second of which produced an immediate stoppage at 2:01 into the opening round.

Yoka came right hand heavy out the gate, finding an inviting target in Duhaupas. The 6’7” heavyweight continued to throw power shots, mixing up right hands with left hooks to the body and right uppercuts to the chin before landing his pair of home run shots.

An overhand right sent Duhaupas to the canvas midway through the opening round. Duhaupas immediately rose to his feet and took the full eight count while holding up his hands in a defensive posture to inform the referee that he was ready to continue.

What he wasn’t prepared for was the follow-up attack.

Yoka continued to launch power shots, cornering Duhaupas and scoring with right hands. Duhaupas appeared to fall to a knee at one point, although the sequence was never ruled a knockdown. A long right uppercut by Yoka produced the bout’s second knockdown, with Duhaupas collapsing along the ropes and bout immediately waved off without a count.

The win is the first for Yoka (8-0, 7KOs) in exactly 52 weeks, as he was last seen in a 3rd round knockout of Germany’s Michael Wallisch last September. That bout came two months after a 3rd round stoppage of Alexander Dimitrenko, with the pair of wins marking his first ring action after serving a one-year suspension for failing to comply with random drug testing protocol—having missed three consecutive tests.

Duhaupas suffers his quickest career defeat, and perhaps one that signals the twilight of his career spent as a fringe contender. The one-time title challenger falls to 38-6 (25KOs), as he was stopped for just the third time in his career. The other two early losses came at the hands of then-unbeaten heavyweight titlist Deontay Wilder in the 11th round of their September 2015 clash which also marked his stateside debut.

More than one year later came a 6th round stoppage at the hands of Alexander Povetkin, an assignment he accepted on one day’s notice in replacing Bermane Stiverne in their December 2016 affair. Povetkin was subsequently suspended for testing positive in his second drug test of 2016, although the official result stood.

Yoka looks to make noise in the heavyweight division, especially as part of a star-studded Top Rank stable. The 28-year old Frenchman officially signed with Top Rank earlier this year, a move that was well in the making although required his becoming free of prior commitments.

Well, either Duhaupas' very solid tough-man chin is gone, or Yoka can bang. He did not even really let Duhaupas fire off anything significant, so good on him. They could have let the fight go on a bit, but it'd…

What about Yoka - Takam next?

That was sad & pathetic, that kid needs a warm body to fight, Duhaupas looked like a corpse. Yoka really needs some rounds with anybody decent to get some experience, the first time he gets cracked by a quality opponent…

I'm surprised at how good Yoka's looked as a pro.