Tommy Fury is back training with his father ahead of his ring return.

The 20-year-old has been out since March when he knocked out Callum Ide in Leicester.

Fury (2-0, 1 KO) then became a reality TV star as he entered ITV series Love Island and was crowned runner-up with girlfriend Molly-Mae Hague in the summer.

But the brother of former unified world heavyweight champion Tyson Fury –– who recently split with his trainer Ben Davison –– has been forced to part ways with legendary boxing trainer Ricky Hatton amid an intensive showbiz schedule. 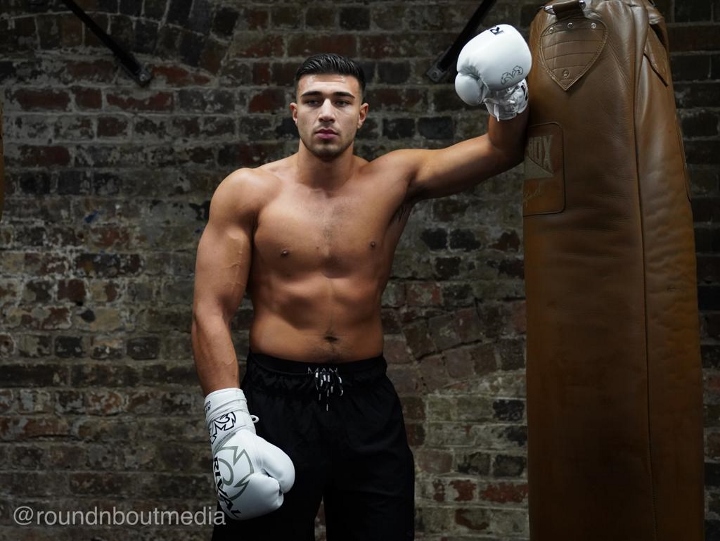 Fury, who heads up a new show called The Boxer & The Ballroom Dancer alongside Love Island pal Curtis Pritchard, returns on Saturday at the Copper Box Arena in London, exclusively live on BT Sport in the UK, and will have his Dad John Fury in the corner.

His comeback comes as part of his promoter Frank Warren’s ‘The Fight Before Christmas’ card which is topped by heavyweight Daniel Dubois.

James Branch is joined on the card by Lucien Reid and Liam Williams is hoping to become the number one challenger with the WBO for Christmas when he takes on Alantez Fox, while Archie Sharp faces unbeaten Artjoms Ramlavs in a defence of his WBO European super-featherweight title.

[QUOTE=alexjust;20264410]What did he achieve to have his own show? For crying out loud the guy has 2 professional bouts and already makes a reality TV star out of himself. And for what? To boost popularity? The time and focus it…

This guy is all over UK TV living off his brothers name, claiming himself to be a talented boxer. :lol1:

[QUOTE=alexjust;20264410]What did he achieve to have his own show? For crying out loud the guy has 2 professional bouts and already makes a reality TV star out of himself. And for what? To boost popularity? The time and focus it…

Tommy doesn't look much like John Fury, whereas Tyson is the double of him.

[QUOTE=hansS;20265366]"legendary boxing trainer Ricky Hatton" :lol1::lol1::lol1:[/QUOTE] He was a great boxer. No trainer is a legend when they first start out. Not saying he will be, just pointing out that most new fighters with two bouts behind them would love…