Former two division world champion Timothy Bradley knows what it's like to be the smaller fighter in the ring.

Bradley was a former junior welterweight champion and then moved up to capture a world title at welterweight. At 147-pounds, Bradley was certainly on the small side and most of his run was against other smallish welterweights who moved up from other divisions.

He appreciated the bravery of Mikey Garcia, who is jumping up by two full weight divisions to challenge IBF welterweight champion Errol Spence, who is widely viewed as a middleweight squeezing down to welterweight. 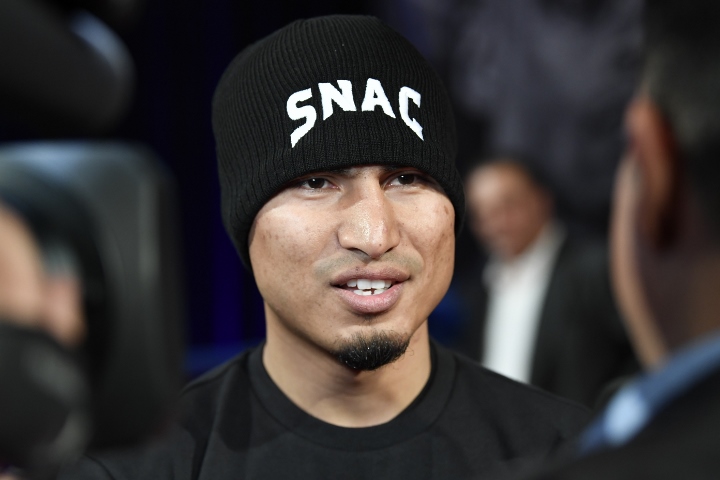 Garcia will face Spence on Saturday night at the AT&T Stadium in Arlington, Texas.

While Bradley respects the effort, he is siding with Spence to come away with the victory by using his size and strength to wear Garcia down.

“He has a great jab and can dominate an entire fight with his jab. However, Errol is heavy on his front foot. He can and does take chances due to being so strong and built like a tank, but as a result of him mowing you down, he is there to be hit. A counter-puncher would be very successful against Errol, due to him lunging forward. He loads up on every punch while keeping his head straight down the middle. In the fights with Kell Brook and Lamont Peterson, there were spots where Errol stood and got clipped. Although he keeps his hands up, you can come around his guard.”

“Mikey has great ring I.Q. For a small guy, Mikey is comfortable in the pocket and can make pressure fighters back up. Believe me, I have seen him do it before. I take my hat off to Mikey. He is going for greatness. I don’t think that Mikey will win, due to Errol wearing him down over the course of 12 rounds. If Mikey wins, in my opinion, he becomes the best fighter pound-for-pound.”

Mikey's victory would be an upset equal to that of Ali vs. Foreman. and look what it did to Ali, it made many people if not most, believe he is the best fighter of all time, in spite of losing…

He’s already got more respect than Porter, Thurman and Danny for taking the fight and getting in the ring! I’m convinced Thurman will never fight him and possibly even Porter! Mikey pulls this off and it’s unquestionably he is the…

I agree but this is a BIG IF....if Mikey challenges Spence who is a big welterweight, it puts the guys in the division on notice for being too scared to fight him. You got a guy two divisions lower moving…