Tim Bradley: Crawford Will Struggle Early, Then Take Over To Win

Former two division world champion Timothy Bradley expects Terence Crawford to have a tough time with WBO welterweight champion Jeff Horn - at least at the start of the contest.

He expects Crawford to eventually find his groove and then take over the contest.

Crawford (32-0, 23 KOs), who won world titles at lightweight and junior welterweight, is now trying to claim a third divisional belt. 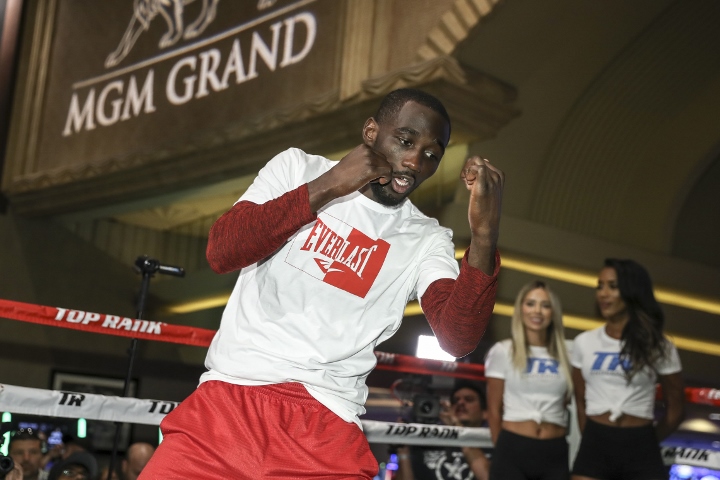 The contest take place on Saturday night at the MGM Grand in Las Vegas, with ESPN+ carrying the fight.

After the smoke clears, Bradley expects Crawford to walk away with his hand raised.

He feels the undefeated pound-for-pound boxer will be too smart and too sharp for Horn (18-0-1, 12 KOs).

"I think Terence is going to struggle in the beginning only until he finds his rhythm. Once Terence finds his rhythm, meaning Horn's rhythm, then I think things will open up and Terence can control the distance from the outside and time Horn as he comes in.

"At the end of the match, I think it's going to be Terence Crawford with his hands raised. I think that Horn will put up a good fight, but I think Terence Crawford has too much precision, too much boxing IQ. He's a great counterpuncher. He can punch in between shots. There are just so many dimensions to him as opposed to a guy like Jeff Horn."

[QUOTE=theface07;18839067]Why because he has common courtesy, is respectful and shows class? I guess you'd rather he act like an ignorant thug and not give any non-black fighter a chance in hell? Bradley is good friends with Bud and he still…

[QUOTE=Bobby Shaw;18838037]He beat Pacquiao fair and square and Pacquiao had no answers. Horn is an imposing figure, rough around the edges but a dangerous man. That Pacquiao fight should act as a warning to many. I'm not saying he will…

the ref is gonna be on horn's back! especially since it's byrd too! brothas gonna favor brothas, quote me i dont give a shiiet! it's the truth! expect to see a lot of warnings. i hope this doesnt throw horn's…

[QUOTE=Teetotaler;18837570]Uncle tomass mofo[/QUOTE] Why because he has common courtesy, is respectful and shows class? I guess you'd rather he act like an ignorant thug and not give any non-black fighter a chance in hell? Bradley is good friends with Bud…

[QUOTE=Bluebird;18838833]If he really beat Pac fair and square, how come he didn’t get the respect and recognition? Horn is one hell of a tough guy, I give him that, but he is one hell of a dirty fighter too using…