Terrell Gausha: I Was Nervous That I Wouldn't Get This Fight Again

From the moment he had to withdraw from their scheduled fight around this time one year ago, Terrell Gausha figured this opportunity would never come back around.

Needless to say, the 2012 United States Olympian and current junior middleweight contender has every intention of making the most of his second chance.

That opportunity comes in the form of his showdown with Orlando’s Erickson Lubin (22-1, 16KOs), which takes place this weekend at Mohegan Sun Casino in Uncasville, Connecticut (Saturday, Showtime, 9:00 p.m. ET). The two were due to meet last October, only for Gausha to have to withdraw due to a hand injury in training. Lubin went on to face and beat Nathaniel Gallimore and was believed to move on to new business.

“To be honest, I was nervous that I wouldn’t get this fight again,” Gausha admitted to BoxingScene.com. “I got injured and couldn’t fight him when we were supposed to, last year. Of course, he had a replacement fight. Showtime had to keep the show going and he was able to advance his career as a result.

“I’m glad that he took this fight. I’m glad my team made my fight happen. I was still training and ready to fight. They offered me the fight and I said let’s go.” 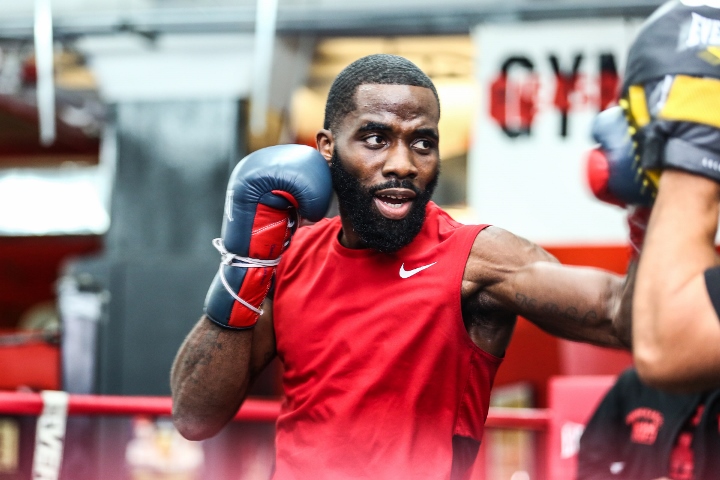 Lubin hasn’t fought since that October date, with Gausha having been out of the ring since a 10-round draw with former 154-pound titlist Austin Trout last May. Ring activity has remained a point of contention for the 33-year old Cleveland native, who has fought just twice since an October 2017 points loss to Erislandy Lara in his lone career title bid.

The winner of Saturday’s main event will go on to face whomever prevails in the three-belt unification clash between Jermell Charlo (33-1, 17KOs) and Jeison ‘Banana’ Rosario (20-1-1, 14KOs) one week later in this very venue. Even as recent as a few months ago—and especially in light of the ongoing coronavirus pandemic—Gausha was hopeful yet skeptical of being in this very position at this time.

“I give him his respect, he ranks highly at [junior middleweight],” Gausha says of Lubin. “I’ve been watching him for a while. He’s young, he’s strong. He has a lot of skills. Of course, I have a lot of skills.

“It’s a good test to show and prove everyone that I’ve taken the best fights on the table. Even after injury, I’m facing up and coming contenders like Lubin. I want to get a win like that on my resume. That’s a big mission.”

Gausha must be ready, he fought 3 southpaw in a row....

Gausha may be long in the tooth but is no pushover. If Lubin does not bring his A game and then some, he loses.