Former IBF world champion Kell Brook of Sheffield started out strong but once Terence Crawford switched to southpaw it was all over. Crawford finished the show to retain his WBO welterweight title by landing 9 of 11 power in the fourth round. 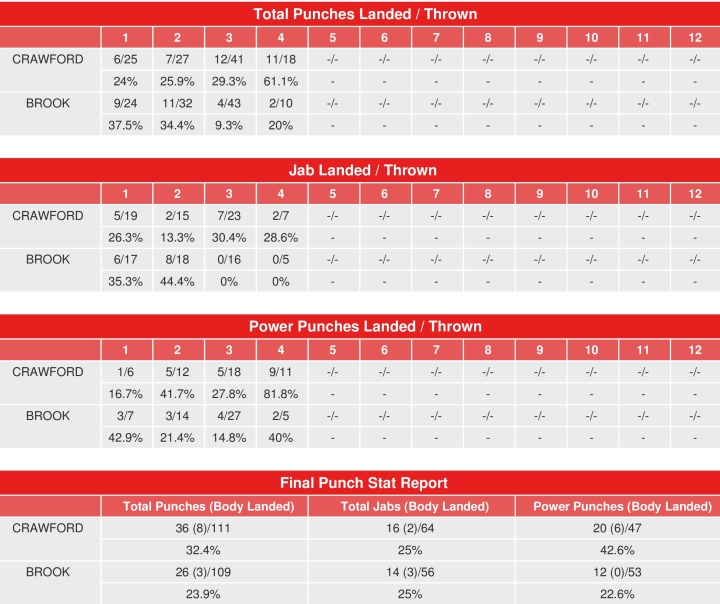 MGM Grand Conference Center, Las Vegas - WBO welterweight champion Terence Crawford (37-0, 28 KOs) made a statement as he overcame a slow start and then wiped out former IBF titleholder Kell Brook (39-3, 27 KOs) in the fourth round.

At the time of the stoppage, Brook was ahead on two of the three official scorecards.

A very slow start by both boxers in the first round. The two eventually started throwing a few jabs. The fight continued at a very calculated pace in the second round. Both fighters was landing punches in a chess match, making the fight close.

Crawford was doing better in the third with the southpaw stance. In the fourth, a big right hand dropped Brook as he was stumbling backwards with ropes holding him up. Once the action restarted, Crawford began to batter Brook with punches and the fight was waved off.