Jose Benavidez landed 8 punches per round. Crawford's previous 10 opponents landed 7 per round. 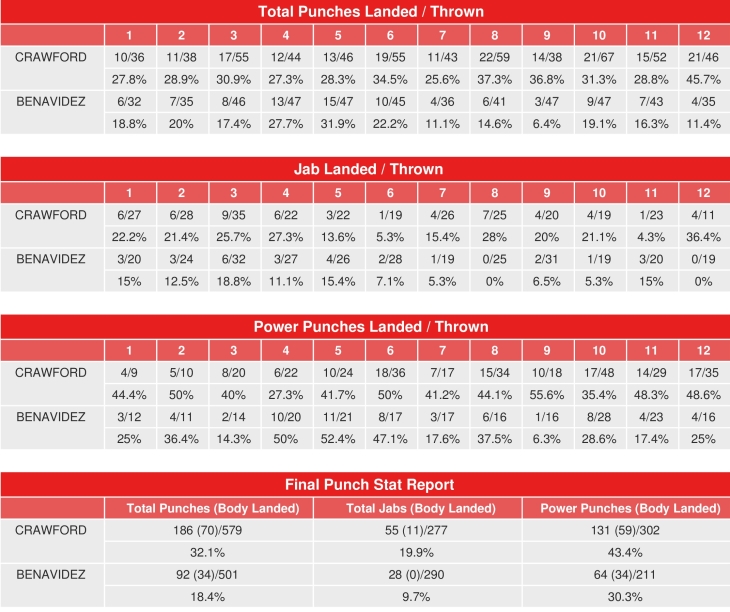 Crawford improved to 12-0 in world title fights with one of his most emphatic knockouts. An uppercut knocked Benavidez down and a vicious follow-up combination ended things for good.

Till the round 7 the fight was too competitive 4-3 to Crawford.

[QUOTE]70 of Crawford's 186 landed punches (38%) were body shots.[/QUOTE] You can understand why Jose was done by the end of the fight due to the damage Terence inflicted to the body, at the same time setting up the uppercut…

[QUOTE=el***;19192660]lmao at clottey being a nobody. He was a massive welterweight with a tight defense and arguably beat cotto. He would dominate Jose Benavidez.[/QUOTE] For him to say Floyd performed badly against Burton is also a bit laughable.