Teofimo Lopez: They Wanna Take Me To Deep Waters; They Don't Understand I'm A Shark

Teofimo Lopez has boxed beyond the sixth round just twice in 15 professional fights.

The first of those two bouts resulted in a seventh-round stoppage for the Brooklyn-based knockout artist against Diego Magdaleno. The second such match marked the only 12-round fight of his four-year pro career – an unremarkable but wide win over Masayoshi Nakatani in the bout before he ravaged Richard Commey to become a world champion barely three years into his career.

Lopez’s lack of extensive experience as a professional sometimes prompts opponents to predict that they’ll take him into deep waters and proverbially drown him. The unbeaten IBF lightweight champion cannot help but laugh off such suggestions, even from a seasoned star like Vasiliy Lomachenko. 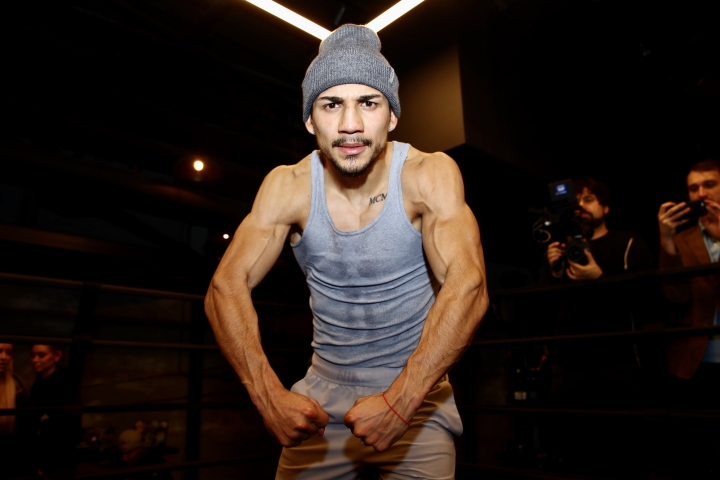 All but one of Lomachenko’s 15 professional fights have been scheduled for 12 rounds, and five of those 14 bouts have gone the distance. The two-time Olympic gold medalist has experienced 131 rounds in 15 fights as a pro, whereas Lopez logged 60 rounds in the same amount of pro appearances.

Lopez promised none of that will matter when they fight for his IBF belt and Lomachenko’s WBA and WBO lightweight titles a week from Saturday night at MGM Grand Conference Center (ESPN).

“And that’s why if this fight goes to the 12 rounds … I understand that Lomachenko may be a slow starter and he picks up as the rounds continue, but so do I. And I think that this is definitely gonna be a chess match, a great fight and I don’t look at it like Mayweather-Canelo. And if it is, I’m Mayweather.”

[QUOTE=Boricua181;20808669]Teofimo Lopez can box, and he does have murderous power in his punches. Yet he doesn't have an ounce of humility, a big mouth that doesn't shut up. Most people don't like braggarts, because in building themselves up they're always…

[QUOTE=revelated;20810088]Yet Broner gets criticized when he does the same thing.[/QUOTE]With Broner, he would probably have gotten less criticism if he had toned down the racial slurs and Mayweather imitations (throat grabbing, throwing money down the toilet, attempting shoulder rolls). But…

[QUOTE=richardt;20809676]Now if only that user named T.M.T would have been unbiased, he would have respected both, instead of disrespecting Ortiz and praising Stevenson for obvious reasons.[/QUOTE] It's all so tiresome

[QUOTE=richardt;20808795]Lopez is making money for all parties involved. Win or lose, he still makes bank, and everyone else too. In that regards, he is a promoters dream.[/QUOTE] Yet Broner gets criticized when he does the same thing.