Teofimo Lopez: People Are More Excited To See Me Than Loma!

New York - Lightweight contender Teofimo Lopez (12-0, 10 KO’s) is making his name inside and outside of the ring. He’s knocking out opponents and with each boxing match he's trying to reach his overall goal - taking over the sport of boxing.

“Takeover started two years ago in 2018. It’s me taking over the sport and overcoming any obstacles,” Lopez told BoxingScene.com.

Lopez, who is from Brooklyn, is ecstatic to be the co-main event on the Crawford-Khan pay-per-view inside Madison Square Garden.

“It’s a blessing,” Lopez said. “It’s my third time fighting in the big room at the Garden. I know the atmosphere and I know what to expect and how to perform. April 20th, co main event in a pay-per-view, its big things in the big room, the takeover like always.” 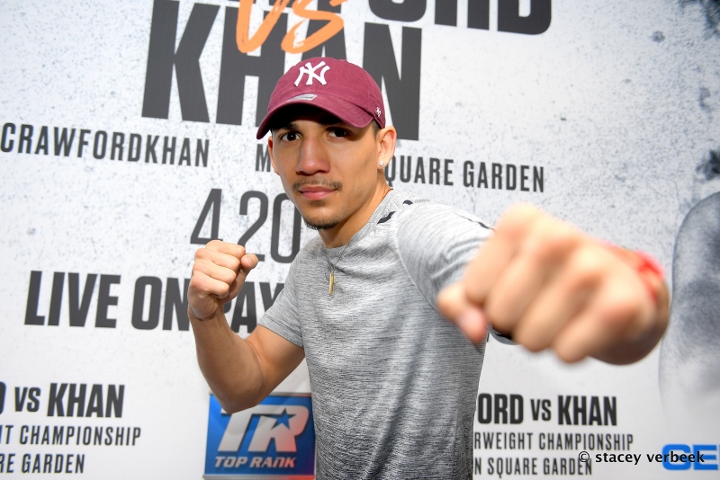 Lopez has made headlines for his callouts for pound for pound stalwart Vasiliy Lomachenko(13-1, 10 KO’s), who also holds the WBO, WBA titles at 135-pounds. He doesn’t see why people consider his callouts a big deal.

“You guys call him the grain - I don’t,” stated Lopez. “It’s no hype no nothing, I don’t need to use his name to build my name because honestly people may know me more than they know him. People are more excited to see me than they are to see him. I’m not even a world champion and I’m already on the category of must see. Imagine when we get the world title.”

Lopez says this is his last year at lightweight because he doesn’t feel he can make 135 after this year.

You guys still think Teo is a legit threat to Loma?

[QUOTE=methodcal;19674870]So I'll hold on to your last statement.... We know that's false.... If a fighter Really wants to make a fight HAPPEN that's a Star like Loma.... He can veto fights I'm sure... Plenty promoters on record saying they didn't…

[QUOTE=richardt;19673863]So the tangent is that I mentioned that Lopez was arrogant and you asked why I thought he was arrogant and I used examples which clarified that. Now to respond to what you said above. There is a huge difference…