Teofimo Lopez Jr. is a Brooklyn-based Honduran, but he is promising to showcase some elements of “Mexican Style” in his bout against Vasiliy Lomachenko.

“I’m not a stupid fighter where I go in there and throws punches and expect to get lucky. No, everything I do is accurate, and it’s all pinpointed. I’m not the type of fighter that throws shots. I place my punches,” Lopez Jr. told Fight Hype. “He doesn’t know how to fight going backwards. Everybody is saying he’s the greatest fighter of all time, but you’ve got to learn how to fight with all attributes, bro.”

“Nobody even knows that I know how to fight going backward. In the amateurs, I was just a straight boxer. Everyone sees me now, coming forward, looking like a brawler or whatever you want to say, thinking I throw lucky punches.” 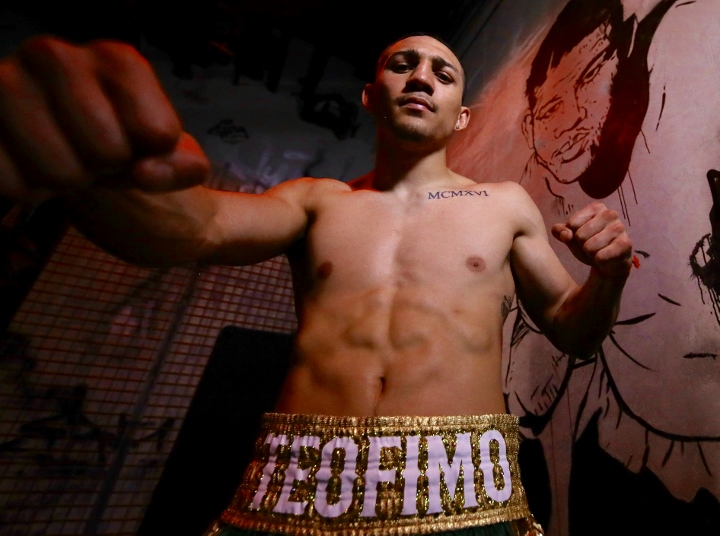 The IBF titlist Lopez Jr. is planning to punish the WBO, WBA and WBC lightweight franchise champion Lomachenko with his power, but if it proves to be futile, he’ll reconsider his strategy.

“If that comes about, then I’ve got another plan,” said Lopez Jr. “If you can’t take my shot, then I’m going to take advantage of that, and I’m going to press on you with it. I can’t wait.. On Oct. 17, I’m going to be able to show everybody what I’m all about. I’m very smart.

“I’m not expecting to knock this guy out in the 5th round, so I’m not going to force it. When I dissect him and do those things, we’ll see from there. I’m looking to be the first Latino to do it in this era.”

As confident as Lopez Jr. may be, and as much as he proclaims that he doesn’t respect Lomachenko, he is cognizant of the world-class level of competition that’ll be waiting for a chance to hand him his first professional defeat.

“I’m not going to sleep on this guy,” Lopez Jr. “Everybody has got the hunger to win. So I’m not going to underestimate him. I’m going to trust myself, and slow starter or not, we’re going to have a fight.”

Wtf I just checked the fight schedule n it doesnt have loma vs lopez for October 17 ... Does anyone know anything. If they're actually fighting on that date ?

All this stupid talking from a brawler. Loma is going to clown this fool.

[QUOTE=tusc1976;20760229]And Lopez has excellent footwork and timing to counter Loma's circling.[/QUOTE] We shall see soon enough.

[QUOTE=_Rexy_;20759999]it's the hip thing to do these days.[/QUOTE] If only you could grasp the context of bringing up race issues.

[QUOTE=T.M.T;20760084]actually boringchenko can fight going any direction. he's just boring with no power.[/QUOTE] I’m a Mayweather fan too but you are hating bro and you know it. You can’t say Loma is boring with no power then idolises Floyd. Keep…