Teofimo Lopez expects to have plenty of profitable options after he beats Vasiliy Lomachenko on Saturday night.

“Let’s just make it happen, me and Jose Ramirez, after this, you know,” Lopez said during a virtual press conference recently. “Put both of them [in there]. I’ll have Josh Taylor in the morning and then I’ll have Jose Ramirez at night.” 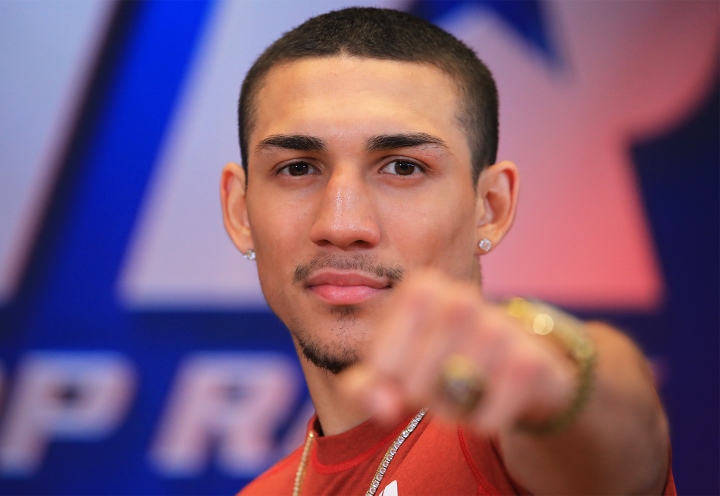 “I look forward to what the future holds, the near future and everything,” Lopez said. “And, you know, one fight at a time. That’s how I look at everything. You know, we’ll see what happens come October 17th. I’m very confident in myself. You know, and the thing is, yeah, any of those fights [are] a great potential big fight. I don’t think no fight would be bigger than this one come October 17th, [between] myself and Lomachenko at the moment.

“Yes, you have Josh Taylor and Jose Ramirez coming [in] 2021, sometime that year. It’s just a lot of great fights right around here, in the 135 division and in the 140 division, that I could pick off of. So, you know, I have a bright future ahead of me and I look forward to facing these guys, you know, just to show that I am king.”

Promoter Bob Arum seconded the 23-year-old Lopez’s optimism regarding his options if he upsets Lomachenko, who is consistently listed as a 4-1 favorite over him.

“Teofimo will have to decide whether he wants to stay at 135 or go up to 140,” Arum said. “He’s quite right, that [at] 140, the big fight that we’re scheduling will be Josh Taylor against Jose Ramirez. I know Teofimo would love to fight the winner. Also, at 135, there’s some interesting fighters out there. There’s Ryan Garcia, who fights under the Golden Boy banner. There’s Devin Haney, who’s with DAZN [and is promoted by Matchroom Boxing], but would probably be available. And there are a lot of other guys.”

this boy really getting ahead of himself. Focus on Loma man

It will be funny if Lomachenko beats Teo, and then himself goes up to 140lbs to fight Jose Ramirez. Josh Taylor will be too hard to handle, but Ramirez style is could be good for Lomachenko. But in all homnesty…

Regis Prograis scared the shyt out of this kid. Lopez and his father kissed Regis Prograis's ass and now that he's moving up not a word...Arum won't even say his name. Arum refused to allow Prograis a rematch or get…

18 years of hard work. my son will show what he is capable of. he will win over this midget moron tonight, ya know what i mean ?!