As previously reported on BoxingScene.com, Amir Khan claims he has reached a deal to fight Manny Pacquiao in Saudi Arabia in November.

Khan won the WBC international welterweight title with a fourth round stoppage of Australian Billy Dib in Jeddah on Friday.

Now the 32-year-old plans to return to Saudi Arabia on November 8 to face former sparring partner Pacquiao, if the Filipino comes through unscathed against Keith Thurman in their WBA welterweight title fight at the MGM Grand in Las Vegas on Saturday night. 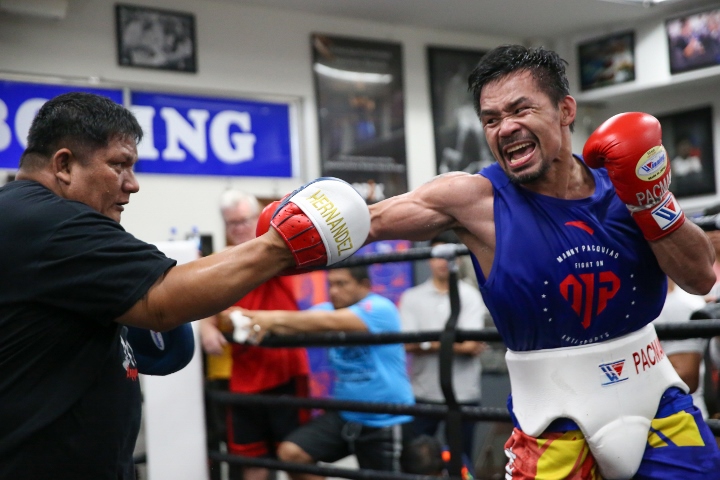 A proposed fight between the two fell through in 2017, but Khan says the 40-year-old has given his blessing to a bout in Riyadh, although Pacquiao has yet to publicly confirm it himself.

"Signed off and done, to get Manny Pacquiao is amazing," Khan told British radio station TalkSport at his gym in Bolton on Tuesday.

"To have him sign that dotted line is brilliant. No matter how he does against Thurman I still think it's a big fight."

However, when contacted for a response to Khan's comments, Pacquiao’s publicist Fred Sternburg told The National: “Manny has not signed a contract for that fight.”

Filipino legend Pacquiao has 61 wins, seven defeats and two draws in a 24-year professional career, while Khan has 34 wins and five defeats.

I dont know what are these shenanigans, is Khan just dicking around or is he actually starting to show some signs of brain damage. I mean he has been battered a lot and knocked down and out, but I dont…

It appears Dib landed a punch or 2 after all. Khan is showing the residual affects.

Khan, is once again caught looking desperate. Why doesn’t he just fight Brook and wrap it up. This is just stupid.

is khan hallucinating he'll fight PAC next or he's still nursing from a canelo knockout?