Joe DeGuardia, promoter for heavyweight contender Carlos Takam, said a deal was nearly complete for a fight with WBC champion Tyson Fury - but the comeback date unexpectedly called off.

Fury was scheduled to make a voluntary defense on December 5th in the UK.

The event was being billed as Fury's homecoming, with his last UK bout taking place more than two years ago. 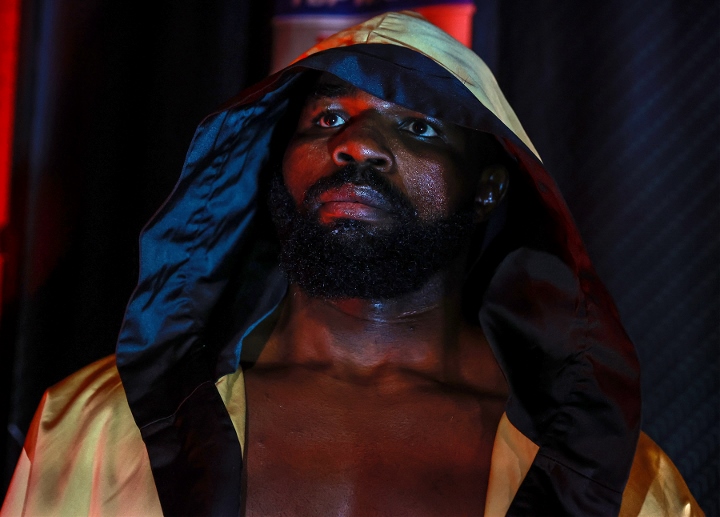 Fury would then announce that he was postponing his return until 2021.

Takam is co-promoted by Top Rank, who also work with Fury.

It was being stated that Germany-based Agit Kabayel was going to be Fury's opponent - but DeGuardia claims a deal was nearly complete for Takam to get that slot. Kabayel is also co-promoted by Top Rank.

DeGuardia feels Fury was leaning in the direction of Kabayel in order to face someone who was undefeated but at the same time may have been less of a risk than Takam.

"I think [Fury] knew he would have a tough fight with Carlos, a guy who has got a lot of experience and a risky fight, and instead opted for the guy who had the optics of being undefeated, but not as difficult as Carlos would be.

"[Takam] was 100 percent confident. He clearly thought that he was going to win. He was training very hard and was very much looking forward to the fight. I think we were at I would say 98 percent done [in negotiations] and then it just changed in one day. Not necessarily with Fury, we were done with every other aspect, and maybe Fury's team probably didn't want Carlos for the reasons we just discussed, I would imagine."

[QUOTE=paulf;20910396]It would have been beyond negligent for Fury's team to make that fight. Otto Wallin damn near derailed Fury-Wilder II! It would have been absolute insanity to make a Takam fight to pocket a measly couple million dollars when there's…

[QUOTE=5000boxing;20907824]Wilder is wearing the same gloves as Fury for the Trilogy!... Watch Fury be brutally put to sleep![/QUOTE] yeah that'll be the difference :lol1: hahaha

It would have been beyond negligent for Fury's team to make that fight. Otto Wallin damn near derailed Fury-Wilder II! It would have been absolute insanity to make a Takam fight to pocket a measly couple million dollars when there's…

Why did anyone even entertain this ridiculous idea that Fury was fighting in December? His talent is unquestionable but, christ, the dude is such a bull****ting con artist. There is no ****ing way he could have legit wanted to miss…

At this point Gene Wilder would be a decent opponent for Fury.....except that Wilder is dead.