Light heavyweight contender Sullivan Barrera had planned to make his debut under Top Rank on June 8 against Michael Seals, but now the Cuban boxer has already sent a signed contract to be measured a week later against the more dangerous Jesse Hart, who will move up in weight from 168-pounds.

The contest takes place on the undercard of Tyson Fury's Las Vegas debut, against Tom Schwarz, at the MGM Grand in Las Vegas. The card will be carried by ESPN.

Undoubtedly, Hart represents a challenge well above Seals. Hart is coming back from a majority decision loss in his rematch with then WBO 168-pound champion Gilberto "Zurdo" Ramirez. 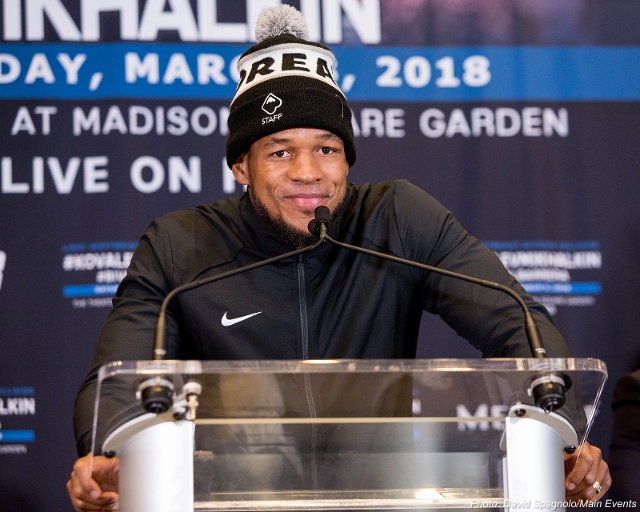 Although the details of the deal have not been revealed, the fight against Hart (25-2, 21 KO) will certainly represent more money for Barrera.

Barrera replaces the injured Eleider Alvarez, who withdrew from the contest with Hart a week ago.

The June 8th event, which Barrera has now left, was going to happen in Reno, Nevada and also carried by ESPN - with WBO featherweight champion Oscar Valdez in the top spot. The June 15th card has much more profile, due to Fury making his ESPN debut and taking part in his first bout under Top Rank.

Yo what happened to Eleider Alvarez vs Jesse Hart man?! Alvarez better fight Ramirez then or something

Thankfully Barrera will be in a live fight now, and Seals can go back to DR and fight another couple of set ups, great job TR, give us good competitive fights!

Very interesting fight. Like Hart but sometimes he looked frail at 168, I wonder if he will look stronger and more durable with the extra weight. Barrera is a tough, rugged fighter and he brings some physicality to his game.…

Wish GGG had that mentality for his next fight. Barrera is a true warrior Hart is a huge challenge tough to call that one.