In recent years, the two brothers have turned to the sport of boxing and both have gone pro.

Both brothers have been calling out numerous MMA fighters to face them in either boxing exhibitions or fully sanctioned matches. 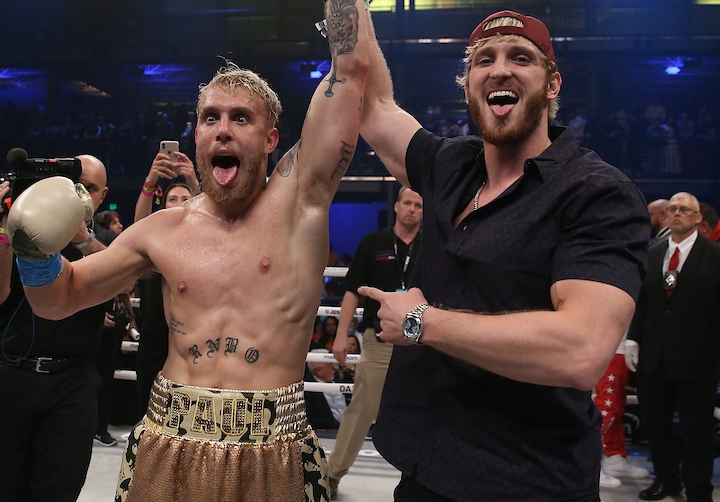 Logan Paul, with only a single pro bout on his record, will step back in the ring on February 20 when he faces five division champion Floyd Mayweather (50-0) in a pay-per-view exhibition fight.

Jake Paul (2-0, 2 KOs) was in action in November, when he brutally knocked out NBA veteran Nate Robinson in two rounds.

He may return in the month of March - with MMA veteran Ben Askren (19-2) being named as a potential opponent.

With the brothers trading personal insults with several boxers and mixed martial artists, there have been several threats from fighters who are ready to confront the two brothers in the street.

Miocic could see the Youtubers seriously get hurt if they encounter the wrong fighter - inside or outside of the ring.

“I mean, they say social media is a motherf--ker,” Miocic told The Pat McAfee Show. “They’re doing it right, it’s helping boxing, but also it’s helping everything because they’re calling UFC fighters out, too. Or the Bellator guys.

“Don’t bite off more than you can chew. I mean, yes, you may be a tough guy, but Askren has been in some scraps. He’s been around, you know, fighting and wrestling and all that.

“I tell people like, you get into a fight on the streets – look at his ears first. If the dude’s ears are cauliflowers, you walk away. I wish them all the best. I understand why they’re doing it, it’s all about the money. But at the same time, don’t bite off more than you can chew.”

Miocic is no stranger to getting called out by boxers. At one point WBC heavyweight champion Tyson Fury was calling him out to a scrap.

Once he retires, Miocic may entertain the scenario of taking part in a boxing exhibition.

“Maybe, if it pays the right money, I’d do whatever," Miocic said.

“I tell people like, you get into a fight on the streets – look at his ears first. If the dude’s ears are cauliflowers, you walk away.” Real talk

[QUOTE=Boxing Logic;21003749]Why is this being posted on boxingscene. None of the people in the headlines are pro boxers. This shouldn't be posted here.[/QUOTE]Well Miocic is a former amateur boxer who fought in golden gloves against Bryant Jennings so at least…

Nobody can ever do more to embarrass boxing or hurt its reputation than Floyd Mayweather.

These type of garbage are non sense boxingscene you ******!

[QUOTE=Boxing Logic;21003749]Why is this being posted on boxingscene. None of the people in the headlines are pro boxers. This shouldn't be posted here.[/QUOTE] Define pro boxer.