Stevenson: I Wanted To Step In For Berchelt, Fight Valdez; They Don't Want Fight At All

When Shakur Stevenson learned last month that Miguel Berchelt pulled out his fight against Oscar Valdez, Stevenson volunteered to step in on short notice.

Valdez wasn’t interested in facing Stevenson instead of Berchelt on Saturday night in Las Vegas. Battling Berchelt represents a chance for Valdez to become a two-weight world champion, as they’ll fight for Berchelt’s WBC super featherweight title whenever their 12-round, 130-pound championship match is rescheduled. 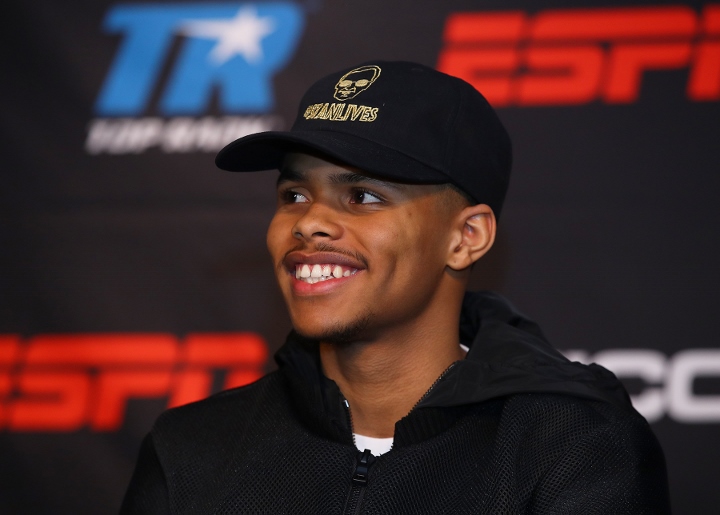 Stevenson doesn’t believe Valdez would’ve accepted him as Berchelt’s replacement even if the WBC would’ve designated Berchelt, who tested positive for COVID-19, its champion in recess and sanctioned their fight for its 130-pound crown.

The heavily favored Stevenson expects to fight the winner of the Jamel Herring-Carl Frampton fight in his next appearance. Cincinnati’s Herring (22-2, 10 KOs) will defend his WBO junior lightweight title against Northern Ireland’s Frampton (28-2, 16 KOs) on an undetermined date early in 2021.

If Stevenson can become a champion in a second division sometime next year, the former WBO featherweight champ hopes to challenge the Berchelt-Valdez victor toward the end of 2021. Stevenson thinks Berchelt (38-1, 34 KOs) will beat Valdez (28-0, 22 KOs).

Well, if Stevenson is going to fight winner of herring-frampton (herring), and the winner (at least if it's Stevenson) is gonna unify with winner of berchelt-valdez (berchelt) that's not a bad schedule. All top rank fighters so no reason why…

I thought he was going to the UK for Warrington. He hasn't gone anywhere, but the underground car park. I guess he doesn't want to go at all.

So then you'll want Berchelt too, right?

Shakira couldn't handle either one of those two.