Stevenson To Gonzalez Family: Please Talk To Your Daughter, Sister

RENO, Nevada – Once they finished their boxing business Saturday night, Shakur Stevenson made a personal plea to Joet Gonzalez and his family.

The newly crowned WBO featherweight champion implored Joet Gonzalez, his father/trainer, Jose, and the rest of their family to reach out Jajaira Gonzalez, Stevenson’s girlfriend. The Gonzalez family has been estranged from Jajaira, an aspiring Olympic boxer, since they learned she and Stevenson had entered a romantic relationship that has lasted approximately three years. 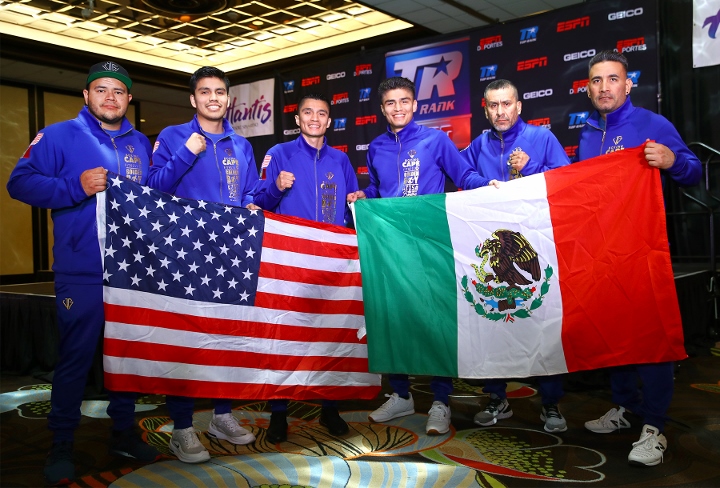 The WBO’s featherweight rankings led to the No. 1-rated Stevenson facing the No. 2-rated Gonzalez for what was a vacant 126-pound championship Saturday night at Reno-Sparks Convention Center.

Stevenson (13-0, 7 KOs) had hoped to avoid fighting Gonzalez due to his relationship with Jajaira. Once Mexico’s Oscar Valdez gave up the WBO featherweight title to move up to 130 pounds, however, it was unavoidable unless Stevenson would’ve opted to bypass his first shot at a world title.

This highly unusual situation created some uncomfortable moments during the buildup toward their 12-round, 126-pound championship match. Jose Gonzalez told Kriegel before the fight that he wants his family back together, yet he also admitted that he has ignored his daughter’s attempts to text and speak with him.

Stevenson, of Newark, New Jersey, repeatedly stated that their fight was much more personal for the Gonzalez family than it was for him. The 22-year-old Stevenson behaved accordingly before and after their fight.

The 2016 Olympic silver medalist respectfully attempted to speak to Joet Gonzalez (23-1, 14 KOs) in the ring after easily out-boxing him.

“I told him that he a hell of a fighter,” Stevenson said. “He didn’t really wanna talk to me, but it is what it is. I ain’t trippin’.”

[QUOTE=Oldskoolg;20150284]You just got a standing ovation from me. Very well said. The whole Jesus thing is about the strongest method of control ever. Jews from the Levant, Mizrahi jews, Yemeni jews, lemba Jews, beta israel jews, bene israel jews look…

[QUOTE=ShaneMosleySr;20150198]That must be why he was charged with battery and she wasn’t.[/QUOTE] Yeah,it's hard nowadays for a young man in this sexist country.

[QUOTE=Articulateboxin;20149842]There is a video of this guy punching a woman in the face, not any kind of retalation, he just full on punches her in the face. Him and his friend then both assault this group. The report also details…

They should be lucky someone likes her ugly ass especially someone with a bright future. Im Chicano, I have a very pretty Chicana baby mama and although I think Mexican women are beautiful, I WILL NEVER date/marry one again! They're…

[QUOTE=Bronx2245;20149588]I'm African-American, with Caribbean ancestry as well! I also served in the U.S. Military for 21 years! So I have been around many races and ethnic groups. The biggest problem is[B] WHITE SUPREMACY, NOT WHITE PEOPLE![/B] It's been poison in…