It’s too soon to say whether superstar Canelo Alvarez, promoter Golden Boy and broadcaster DAZN will work out their issues but they are least trying to.

Representatives from all three camps spent more than eight hours speaking to each other on a video conference on Wednesday in an effort to smooth things over, multiple sources told BoxingScene.com.

Alvarez, who has not fought since November and is not happy that his next fight is not yet scheduled, forced their hand recently when he filed a federal lawsuit against Golden Boy, his longtime promoter, and DAZN, the streaming service that signed him in October 2018 to a five-year, 11-fight deal worth a then-athlete record $365 million Alvarez. 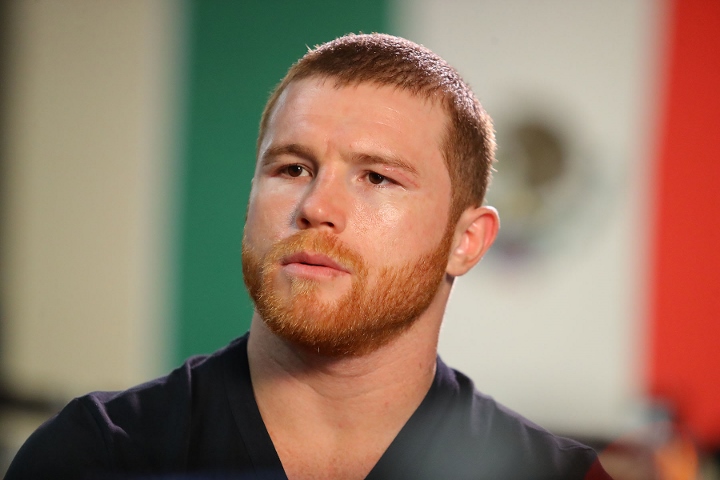 So far, Alvarez has had first three fights under the agreement – wins over Rocky Fielding, Daniel Jacobs and Sergey Kovalev – but efforts to finalize the fourth fight have been rocky. DAZN has wanted Alvarez to fight rival Gennadiy Golovkin for a third time (even though he is not presently available with a mandatory middleweight title defense on tap for November) and has declined to approve any other opponents for Alvarez to fight for the full freight of the contract.

DAZN owes Golden Boy a $40 million license fee for an Alvarez fight with the boxer due to receive $35 million of it. Golden Boy has offered the streaming service unbeaten super middleweight titleholders Callum Smith and Billy Joe Saunders. While DAZN, according to sources, will approve both of them, it would only do so by paying a fraction of the $40 million.

Alvarez, already willing to fight without spectators due to the coronavirus pandemic, which would cost him millions in lost ticket sales, contends that DAZN does not even have approval rights over his opponents in the contract he signed. He alleges that Golden Boy gave DAZN those rights without his knowledge in the agreement between the promoter and broadcaster.

It led to Alvarez filing the lawsuit against Golden Boy Promotions, owner/CEO/chairman Oscar De La Hoya and DAZN in United States federal court for the Central District of California, claiming damages of at least $280 million, the remainder of his contract, and also asking for “a judicial determination that he is eligible to participate in bouts arranged and promoted by entities other than Golden Boy Promotions and broadcast by entities other than DAZN.”

The lawsuit, which was filed on Sept. 8, was later thrown out by the court but only for technicalities in the way it was filed. Alvarez plans to file an amended complaint, which is due by the end of business on Monday, a source with knowledge of the fighter’s thinking told BoxingScene.

However, perhaps the window between when the suit was thrown out and the deadline to be refilled has given everyone involved some breathing room and led to their efforts to work something out.

“If they’re talking that is a good thing. It is certainly better than if they weren’t talking,” one source with knowledge of the meeting said.

De La Hoya, just hours before the suit was originally filed, told BoxingScene that the last thing he wanted was litigation over the issues.

Not only does DAZN owe Alvarez two fights per years it also owes Golden Boy money to put on 10 additional events per year. DAZN had yet to finalize any Golden Boy dates for this fall with one person with knowledge of the situation believing the dates were “being held hostage” due to the Alvarez litigation.

However, it is clear there has been some sort of thaw in the relationship as DAZN and Golden Boy formally announced an event on Tuesday. It will take place on Oct. 30 with former junior middleweight world titleholder Jaime Munguia (35-0, 28 KOs) squaring off with Tureano Johnson (21-2-1, 15 KOs) in a middleweight main event at the Fantasy Springs Resort Casino in Indio, California.

How much progress Alvarez, Golden Boy and DAZN have made toward a settlement might well be known by Monday, the deadline for when Alvarez’s amended lawsuit would need to be refilled.

[QUOTE=Jab jab boom;20776478]Worst contract in sports since the Mets agreed to pay Bobby Bonilla 1 mil per yr until 2035. Outside of a 3rd fight with ggg, Canelo can't generate the amount of money necessary to justify 35 mil per…

[QUOTE=Fanofreason;20776538]You had no problem with GGG Vs Derv but Charlo be him is watered down?[/QUOTE] Yes, exactly.

[QUOTE=Boxingfanatic75;20777107]You are correct. However their investment to break into the US market has been a complete failure with less than one million subs that decreases monthly through ebbs and flows. Their multi million dollar Boxing deals have also proven miserable…