Boxing in general has been back since June.

Big time boxing resumed on Wednesday with the announcement of nine dates for Showtime beginning in August. Fans have been following the headlines throughout the COVID-19 pandemic for nuggets about what the big names would be doing when they were able to get back in the ring.

While more announcements are inevitable from Fox, ESPN, DAZN and others, Showtime and PBC were first out of the gate with the sort of schedule that really gets the imagination going for the rest of the year. Most of it will be available to subscribers but pay-per-view will also be in the mix.

As with any boxing schedule, some fights are likely to fire the imagination more than others. Here’s one quick take on the five main events that stand out from the crowd for this corner as dates to circle.

Either of the main events planned for the Charlo brothers would likely have been near the top. Making them part of a two-broadcast PPV along with a healthy undercard makes September 26th the first fall date to circle in bright red ink for the fall calendar. It’s not just the best card announced so far...it’s also one of the riskiest. Looking at the cancellations, postponements, and rearrangements combat sports have already faced this year, and considering the investment a PPV card requires in terms of promotional investment, this is a gamble with a lot of moving parts. If it comes off clean, we have WBC titlist Jermall Charlo at middleweight in arguably his toughest fight since Julian Williams, tackling the challenge of a Sergey Derevyanchenko who gave Gennady Golovkin everything he could handle. We also have a three belt unification between Jermell Charlo (WBC) and Jeison Rosario (WBA/IBF) at Jr. middleweight. A win for Rosario could make him the front-runner for both Upset and Fighter of the Year while a win for Charlo could cement his place among the elite in the sport. 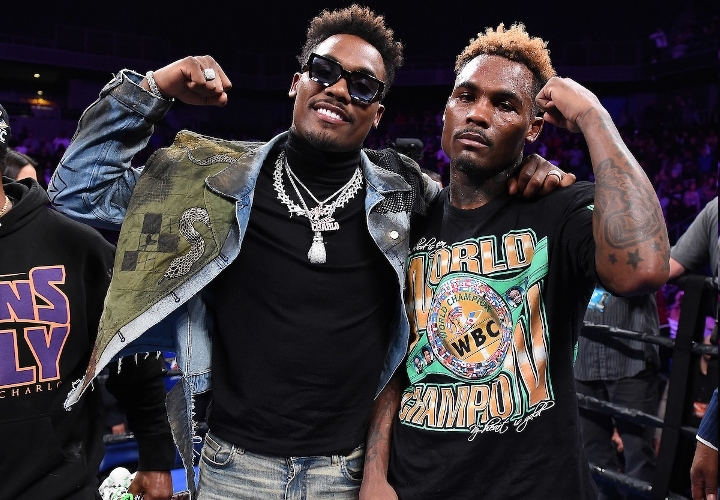 Bantamweight is hot right now and this fight picks up where the WBSS and some of the action around it left off. The WBC titlist Oubaali will defend his belt against a Donaire who still had enough in the tank to ask questions of Naoya Inoue in the 2019 Fight of the Year. Can Oubaali handle the left hook of Donaire? If he can, his stature only rises. Where does the winner go from here? Inoue is the easy answer but would it be the immediate one? With Guillermo Rigondeaux fighting at bantamweight under the PBC umbrella, he could be every bit the option Inoue would be for either man. Wouldn’t it be fascinating if we headed into 2021 with a Donaire-Rigondeaux rematch suddenly in play again after all these years. We’ll find out on December 12th.

We’ve had a taste of Davis against top competition relative to the weights he’s been at but, so far, only a taste. This is inarguably the toughest out Davis has faced since winning his first belt against Jose Pedraza. For Santa Cruz, it’s his best competition since a rematch win over Abner Mares in 2018. It comes with interesting stipulations. Davis and Santa Cruz are intended to weigh in at 130 with the WBA ‘super” belt in that class Santa Cruz holds, and Davis’s WBA sub-title at lightweight, on the line. Can Davis still make 130? Can Santa Cruz, who won his first belt at bantamweight, handle the largest test of his career? There will be some complaints about this being a PPV show but when it comes to Davis one has to look at it as a strategic move. Davis has already proved a gate attraction and his team thinks they have a star. Creating the expectation that his big fights cost extra has to start eventually. Davis just has to go out and keep winning. It’s a good fight in a move toward the hope for an event fighter on October 24th.

Fulton and Leo are young, undefeated, and still proving their chops at Jr. featherweight. In the relaunch spot for the Showtime schedule on August 1st, they’ll compete for the WBO belt left vacant by Emanuel Navarrete. What makes this one so intriguing is what we don’t know. Sometimes, the best of boxing comes when young, hungry fighters are still trying to get where they’re going. The winner might not emerge a star but their star will rise and we could be looking at a long term player emergent from the squared circle that night.

Lipinets is good TV, giving Mikey Garcia a nice scrap and retiring Lamont Peterson in a grueling, violent war. So far Abdukakhorov has been good TV as well but this is his toughest match to date. Leather should fly in this one and that makes it easy to look forward to. It has the potential to be the action gem of the fall. The winner will pick up an interim belt to line them up for an IBF title shot at welterweight. That means Errol Spence somewhere down the road.

Aside from these main events, there are plenty of other competitive contests dotted along the Showtime schedule through the last five months of the year both at the top of cards and underneath. It remains to be seen what obstacles will arise but it’s a hell of a start.

The ball is now in everyone else’s court to keep pace. If this is the standard everyone tries to meet through the rest of the year, 2020 has a hell of a lot left to look forward to.