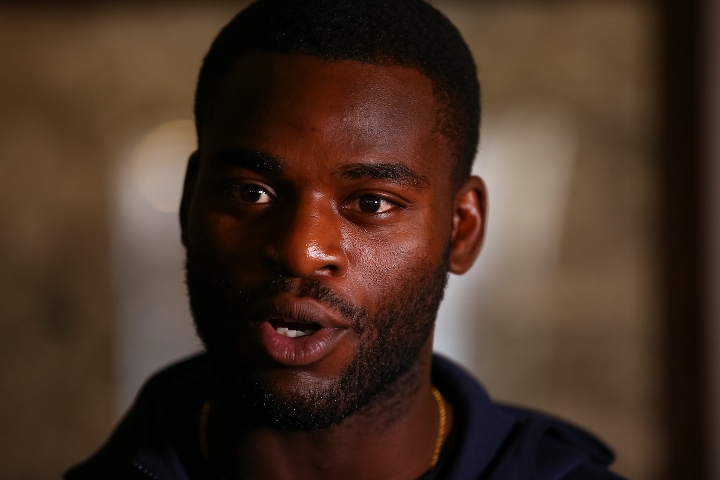 Eight days later, another Sky Sports telecast will feature unbeaten British light heavyweight Joshua Buatsi on October 4. London’s Buatsi (12-0, 10 KOs) is set to encounter Croatia’s Marko Calic (11-0, 6 KOs) in the 10-round main event of a Sunday telecast from a location to be announced.

On October 17, England’s Lewis Ritson (20-1, 12 KOs) and Mexico’s Miguel Vazquez (42-9, 16 KOs) will meet in a 10-round junior welterweight bout, the main event of a Sky Sports broadcast. Ritson and Vazquez were supposed to fight April 4 at Utilita Arena in Newcastle, England, but that card was postponed due to the COVID-19 pandemic.

England’s Savannah Marshall (8-0, 6 KOs) and Scotland’s Hannah Rankin (9-4, 2 KOs) will square off in a 10-rounder on the Ritson-Vazquez undercard for the vacant WBO middleweight title.

The sites for the October 4 and October 17 shows, as well as the Povetkin-Whyte card November 21 (https://www.boxingscene.com/povetkin-whyte-rematch-announced-ppv-headliner-november-21--151729), will be determined once it is clear if fans can attend those cards. Matchroom Boxing’s shows in August were held on the grounds of the company’s headquarters in Brentwood, England, but promoter Eddie Hearn hopes to bring the three aforementioned cards to arenas in the United Kingdom.

“I’m excited to announce our latest shows as we continue to bring boxing back during these unprecedented times,” Hearn said in a press release. “It’s so important to continue the momentum and as we leave behind an epic ‘Fight Camp’ series, we now hope to see fans return to arenas. As those talks continue with the government, we are committed to running these shows with or without fans.”

DAZN is expected to stream the September 26, October 4 and October 17 cards in the United States, though that announcement has not yet been made.

26th is lining up to be a big day for combat sports. Breidis eating Doritos (snicker), Charlos, and a UFC card.

I’m sick of Buatsi fighting below his level. Match him tougher!!!

I'll check some of this stuff out. Hearn definitely shouldn't have bad mouthed the PBC and Top Rank schedules.

Finally I hope the fight WBSS come off. Has to be the most delayed fight in history. I am not talking fights that should have happened but fights that were set esp to finish a WBSS. yea be good to…

Cannot wait for the WBSS Final.