Paulie Malignaggi’s mouth was one of his greatest assets when he was a fighter and has helped him become one of boxing’s best broadcasters.

Comments Malignaggi made three months ago, however, have cost Malignaggi his job as an analyst for Showtime.

BoxingScene.com has learned that Malignaggi will not be part of Showtime’s broadcasting team moving forward due to comments Malignaggi made regarding racism and other issues during an interview with IFL TV that posted to its YouTube channel April 22 (https://www.youtube.com/watch?v=nkHhbvPLZkE&feature=youtu.be). 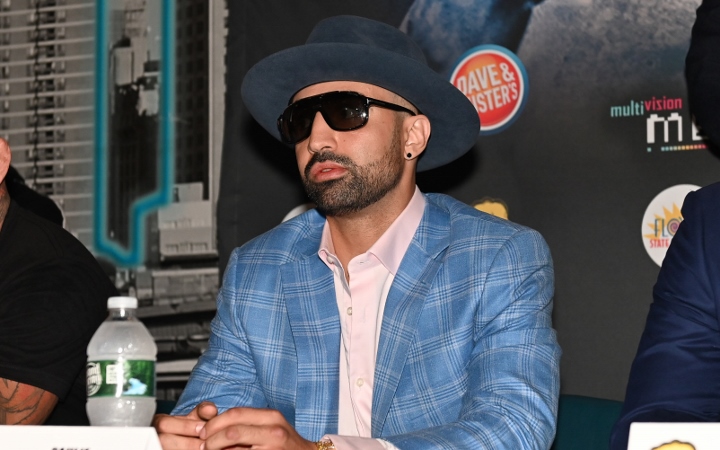 Malignaggi, 39, had been an analyst for Showtime since September 2012, but his outspokenness has caused several issues during his seven-plus years with the network.

The decision to eliminate Malignaggi from Showtime’s broadcast team was made when Showtime wanted Malignaggi to apologize for what he said. Malignaggi did not think an actual apology was necessary.

Malignaggi declined comment when reached Thursday by BoxingScene.com. A Showtime spokesman also would not comment regarding Malignaggi’s situation.

BoxingScene.com has been informed, though, that the network will keep Malignaggi off its upcoming “Showtime Championship Boxing” and Showtime Pay-Per-View telecasts until the conclusion of his contract.

The Brooklyn native, a former junior welterweight and welterweight champion, remains an analyst for Sky Sports’ boxing coverage in the United Kingdom.

Showtime will return to the air Saturday night with its first boxing broadcast since March 13. Mauro Ranallo, Showtime’s blow-by-blow announcer, and longtime analyst Al Bernstein will work that telecast from Mohegan Sun Arena in Uncasville, Connecticut.

Paulie's never said anything worse than Mauro's loudmouth crap catch-phrase "MAMMA MIA!" Mauro's ruined more great punches and KO's sticking that stupid "MAMMA MIA" in there. Right, right, Mauro, your mother. I would tend to think that Al Bernstein would…

Have fun Paulie! You made a complete ass out of yourself that cost you millions of dollars. Why did you do it man? You had the whole world in the palm of your hands. I thought it was a complete…

[QUOTE=paulf;20681521]In reference to Devin Haney, he said he didn't want to get into racial commentary, but then said: "I don't know if Devin got the memo, but its no longer the time of the African American anymore in boxing. It's…

I hope Ring City picks up Paulie. I miss his commentary.