Shane Mosley: Canelo is Fighter of Decade, Not Mayweather!

Hall of Fame fighter “Sugar” Shane Mosley fought three out of the five nominees for the fighter of the decade (2010-2019), as decided by the Boxing Writers Association of America.

Mosley lost to Floyd Mayweather Jr. in 2010, Manny Pacquiao in 2011 and Canelo Alvarez in 2012 — all by unanimous decision — and although the popular pick appears to be Mayweather Jr., Mosley said the honor should go to Alvarez — even though the Mexican star lost his only pro bout to Mayweather in 2013.

“The fighter of the decade for me was Canelo Alvarez,” Mosley told BoxingScene.com in an interview. “He moved up in weight from 154 to 160, 168, 175, and he dominated. He fights all of the best fighters out there.” 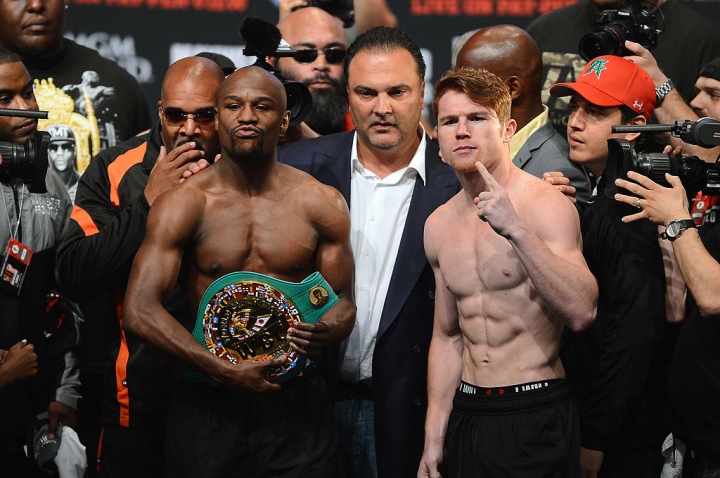 “Canelo is a man now. When I fought him he was 22 years old. He was really good and I was impressed by him when I was in the ring with him. I really was trying to use my experience and walk him down because he didn’t know as much as I did. He has a great corner and a great team. The coaching is spectacular. They make him throw punches the right way. He has great reaction, punching power, speed. The guy is a total package. He’s pound-for-pound the best right now. He knows old school and new school. I was surprised by the knowledge that he had. He beat me, and it’s obvious that he’s a great. … I would love to see him fight David Benavidez. That would be a tremendous fight.”

Mosley was 41 years old by the time he fought Alvarez, and a tad younger at 39 when he faced Mayweather. He arguably hit Mayweather with the hardest punch of the undefeated fighter's career in the second round that buckled Mayweather’s knees and forced him to hold.

“It goes to show you how great of a fighter Floyd is — that I can hit him with one good shot, maybe two — and that defines my whole fight with him,” said Mosley. “Floyd is really a great fighter. Not just anybody could hit Floyd, but I hit him, and I’m getting praise for it.”

Other fighters that were nominated by the BWAA for the Joe Louis Fighter of the Decade were Wladimir Klitschko and Andre Ward.

Winners will be announced later in the year.

[QUOTE=j.razor;20326174]That's that dumb shet ^ You don't win a boxing match by wrestling :dunce:[/QUOTE] Watch again dummy he manhandled him

[QUOTE=whoseyourdaddy;20329321]You call rumors bringing dates and time of usage (IVs), siting from the USADA & WADA rules that were blatantly bent and broken to aid the hypocrite STEROID user you fan boy dare to call that rumors? By the way…