It was over before it ever began, as Shakhram Giyasov knocked out Darleys Perez inside thirty seconds into their fight on Saturday.

A thunderous left hook from Giyasov in round one cleanly caught Perez, and that’s all she wrote, as Perez reluctantly and hesitantly stood to his feet before referee Francisco Laveaga saved Perez from any further lethal punishment. 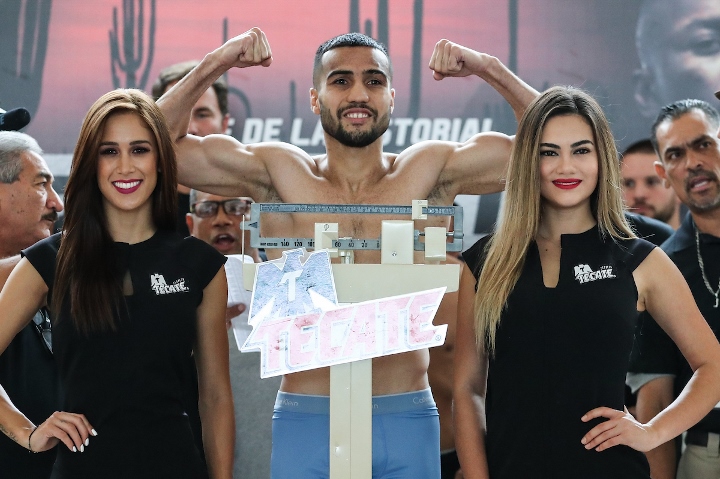 This was Giyasov’s first full fight training with Joel Diaz, who was a 20-to-1 betting favorite favorite. He returned to the ring for the third time this year. In April, he secured a win against the veteran Emanuel Taylor, and in February, was also in the win column against Edgar Puerta.

Perez, a former lightweight WBA interim titlist, had lost to the likes of Yuriorkis Gamboa, Anthony Crolla, Luke Campbell and the late Maxim Dadashev. He’s also fought to draws with Maurice Hooker and Crolla. Perez fell to 2-4-1 in his last seven fights.

The fight was featured on the undercard for the main event between WBC junior bantamweight champion Juan Francisco Estrada, who was taking on Dewayne Beamon at the Centro de Usos Multiples arena in Hermosillo, Mexico. It aired as part of Matchroom Boxing’s showcase on DAZN and Sky Sports.

Not a fan of Giyasov. Thought he should have lost against Taylor but the stoppage of Perez should allow some to forget his previous performance.

He flat out quit. Fell on his butt and quickly looked to his corner and let the ref count him out.

admiring the view from sitting on the canvas

That was weird as hell