Sergiy Derevyanchenko: Golovkin's Time Is Coming To An End!

And by no means does Derevyanchenko think there will be anything easy about their fight October 5 at Madison Square Garden. The Ukrainian contender just feels he is the fresher fighter, the middleweight who’ll prove Golovkin is closer to retirement than most might think.

“I know exactly who I’m getting in the ring with,” Derevyanchenko said Thursday during a press conference at Madison Square Garden. “He is a former middleweight champion of the world, one of the best fighters in the world. But his time is coming to an end. And I wanna be the one that makes that time come to an end.” 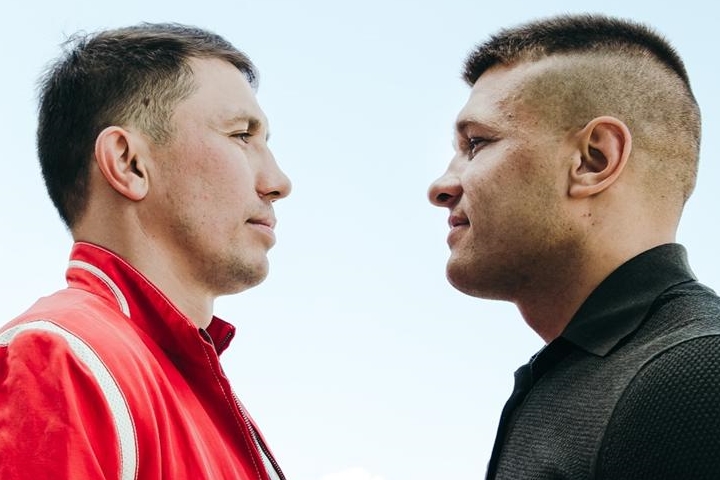 Golovkin, who has opened as a 4-1 favorite over Derevyanchenko, still has lost only a debatable majority decision to Canelo Alvarez in their 12-round middleweight championship rematch 11 months ago at T-Mobile Arena in Las Vegas. But the Kazakh knockout artist is 37 and acknowledged Thursday that his fight versus Derevyanchenko will be considerably more difficult than his last bout – a fourth-round knockout of Toronto’s Steve Rolls (19-1, 10 KOs) on June 8 at Madison Square Garden.

“Sergiy Derevyanchenko, I know him [from] a long time ago,” Golovkin said. “He’s a real, very good fighter. I understand my situation. This is not a game. This is a real fight. I’m a little bit scared because he’s absolutely right. I listen to his coach [Andre Rozier] – he is absolutely right, too. I know his team is very strong. Very strong team. And why [am I] scared? Because he looks good, he looks strong. He feels his time is right now. Maybe. Maybe. This is boxing. Nobody knows, guys. Nobody knows. If you want to watch real show, real fight, welcome to Madison Square Garden October 5th. Or live [on] DAZN.”

The No. 1-ranked Derevyanchenko (13-1, 10 KOs) and the third-ranked Golovkin (39-1-1, 35 KOs) will fight for the unclaimed IBF middleweight title the IBF stripped from Alvarez earlier this month.

Mexico’s Alvarez (52-1-2, 35 KOs) first refused to fight Golovkin a third time September 14. He was stripped once his handlers couldn’t complete a deal for an IBF-mandated match versus Derevyanchenko, who was Alvarez’s mandatory challenger.

[QUOTE=juandabomb;20007166]crack is wack, stay off that stuff[/QUOTE] If you take into account GGGs age, losing his titles, his carefully picked follow up opponent, and that he was actually beaten by Canelo in the second fight its easy to see he…

What ggg really said was ,, I know dervo along time and I’ll smash him and his team

GGG is getting older and with age comes vulnerabilities. Is he done? Not likely. This should be a competitive fight with GGG outgunning Sergiy by late stoppage or decision.

[QUOTE=REdrUm0351;20007152]GGGs time ended in the second Canelo fight. Sergiy is a day late and a dollar short.[/QUOTE] crack is wack, stay off that stuff

GGG's time is for sure coming to an end. That doesn't necessarily mean Derevyanchenko is the one to end his time.