Sergey Kovalev To Dmitry Bivol: I'm Ready, What About You? 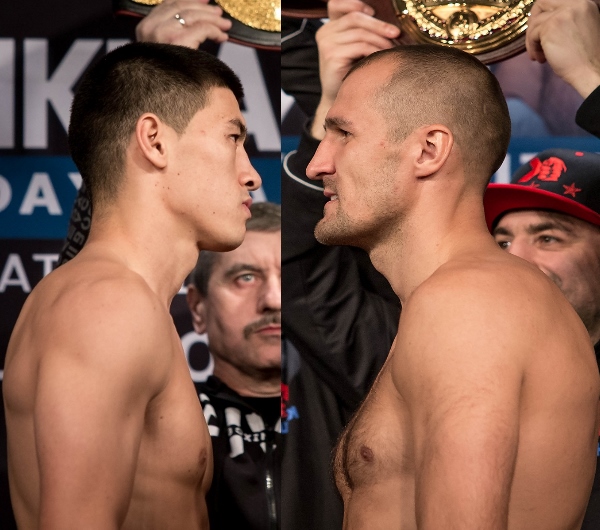 Bivol used experience to keep Smith at bay. In his last fight 11 months ago, he won a similar dominating unanimous decision win over Sullivan Barrera.

After the fight, Bivol called for a unification with one of the other champions.

"I just end this fight and I want to relax. I want to fight for another belt. I am ready for a unification belt," Bivol said.

"Congratulations to Dmitry Bivol on a big win!" Kovalev wrote on Instagram. "Dmitry, let's organize a fight, that will thrill the entire boxing world. I'm ready! What about you?"

When both boxers were fighting on HBO, the network was building up their showdown, but Kovalev suffered a knockout loss at the hands of Eleider Alvarez last August and the bout was derailed. Kovalve regained the title last month with a dominant decision over Alvarez in their rematch.

Although both boxers work with promoter Main Events, they are aligned with different outlets. Top Rank has several options on Kovalev to showcase him on ESPN, while Bivol recently signed a lucrative co-promotional contract with Eddie Hearn of Matchroom and streaming service DAZN.

[QUOTE=HeadShots;19575318]Joe Smith has more power than Kovalev imo. They both fought HOpkins in his late 40's but Joe Smith blew him up. Hopkins went the distance with Kov without being KD once.[/QUOTE] I don't think Kovalev has more power either,…

Ooooh that would be an interesting match up between these two, if they fight and it’s held in Russia as well it will gather a lot off interest there..

If they fight soon, Kovalev wins. Bivol’s laid back style isnt a threat to Kov.

Gotta love Kovalev, even if you hate him. He truly just wants to fight the best available. After the last two fights for these guys though, Kovalev over Alvarez and Bivol over Smith, I favor Kovalev by a lot.