Sean McComb had to go deeper than ever before in order to obtain his latest win.

The lack of experience at the 10-round level showed at times for the junior welterweight prospect in an otherwise clear-cut win over Siar Ozgul.  Judge Victor Loughlin scored the contest 99-92, while Ian John Lewis and John Latham had it 97-93—all for McComb in the chief support bout Wednesday evening on ESPN+ and BT Sport live from Production Park Studios in South Kirkby, England. 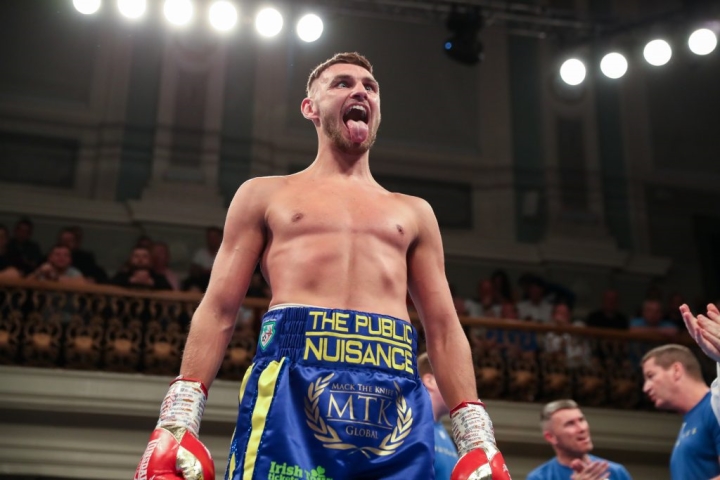 McComb dominated the early rounds, potshotting with his jab and landing left hands on the occasion Ozgul (15-5, 3KOs) chose to engage. Otherwise, much of the night was spent with the Belfast southpaw fighting at his desired distance and at times cruising in lieu of making a statement.

A brief scare came about in round three, when a clash of heads left McComb with a cut over his right eye. It did little to affect the already mild pace of the contest, as Ozgul was long on desire but sorely lacking in ability to put a scare into his unbeaten foe.

McComb was forced to work in the later rounds, particularly in round eight which was Ozgul's best of the fight. McComb was able to handle the incoming well, though was forced to contend with a worsening cut as the blood began to flow. Ozgul pumped his jab in targeting the wound, landing an occasional right hand.

Time was called in round nine when McComb struggled with his vision. It was a brief delay, with the undefeated boxer able to resume action and do just enough down the stretch to preserve his perfect record.

The event marked the first where McComb (11-0, 5KOs) was forced to fight beyond the eighth round, which occurred twice in his last three contests prior to Wednesday evening.