Shields, a two-time Olympic gold medal winner and regarded by many as one of the best pound-for-pound female fighters in the sport, lost to Marshall in the amateurs.

Marshall is the only boxer to ever beat Shields with a 14-8 points decision, as Shields was on her way to a gold in China at the 2012 World Championships. 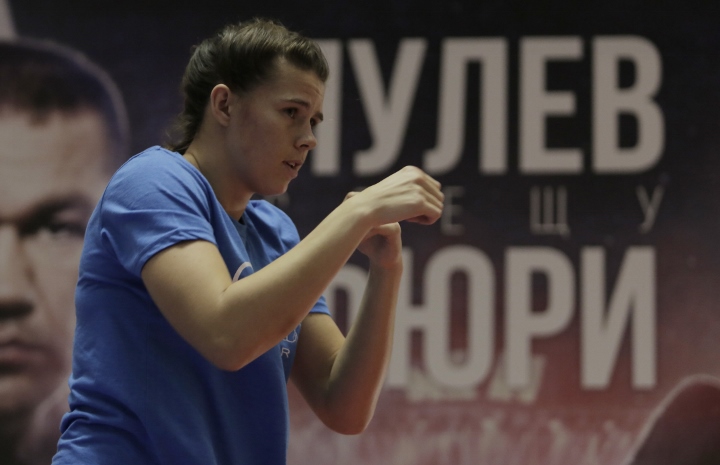 Marshall (6-0, 4 KOs) is very confident that she will repeat that outcome when they finally collide in the pro ranks.

"The fight is inevitable, she's the undisputed champ, the Ring Magazine champion, that's where I want to be and she's in my way," Marshall told Sky Sports.

"I'm not too bothered where it takes place, as long as I get paid. I have to credit her, she's done really well, and is boxing soon to become a three-weight world champion. I'm not a big super-middle but I'd like to unify the division, and then I can go down and chase Claressa."

Shields will attempt to become a three division champion on October 5th in Flint, when she faces Ivana Habazin for the WBO junior middleweight belt. The WBC Diamond title will also be on the line.

Shields was not very happy with the scoring of her amateur loss to Marshall.

"It was the old scoring system, a point for a punch so to speak, and I won by six points. She says it was controversial and that she was just a kid, but I was only three years older, I was simply the better boxer," Marshall said. "That was years ago, we've both improved and come on leaps and bounds since. We're definitely contrasting characters though.

"I'm hoping to get out in September and maybe again at the end of the year. At the minute, I'm ranked No 2 in the world with the WBA, but obviously, the pool of women is smaller than with the men so you get fast-tracked. My last few opponents haven't been the best, I'm 28-years old now, I want and need to step-up, I need to fight the good girls to get where I need to be."

I hope Claressa keeps moving down. I want to see her trim and fit at 147 after she finishes up at 154.