WBO super middleweight champion Billy Joe Saunders is hoping that a new promotional agreement with Eddie Hearn will finally bring the big names to the table.

One of the names at the top of his list, is former unified middleweight champion Gennady Golovkin.

Golovkin is still competing at the middleweight limit, but he wouldn't rule out the scenario of fighting at 168-pounds, if the right fight comes along. 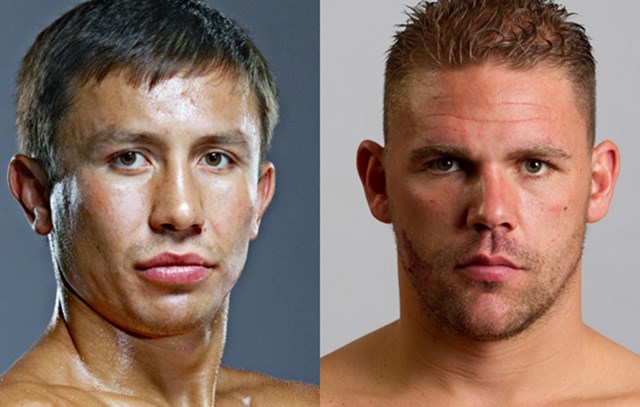 Saunders believes Golovkin is no longer the same fighter, after reviewing his two bouts with Mexican superstar Canelo Alvarez.

Golovkin and Canelo fought to a controversial twelve round split draw in 2017, with Canelo winning the rematch by way of a close majority decision in their 2018 rematch.

Saunders explains that dominating performance against Golovkin would create a clear demand for a Canelo fight.

"Seeing Golovkin and Canelo fight, everybody was raving, but I thought: 'I can beat them'," Saunders said.

"If I can't beat a 37-year-man, I'm 29 and in my prime, then something is wrong. I am confident I would beat him widely.

"The first fight against Canelo I thought [Golovkin] won. Canelo didn't improve but the training camp took its toll [on Golovkin].

"I'd fight Golovkin at whatever weight he wants. I could show people around the world how easily I could out-box him. I would do a better job than Canelo and people would call for that fight after."

Canelo holds the WBA, WBC middleweights titles, and he also has the WBA "regular" title at super middleweight belt, which he captured in December after knocking out Rocky Fielding in three rounds.

However, Canelo is looking to jump up by two weight classes in the fall. He's nearing a deal to face WBO light heavyweight champion Sergey Kovalev. But the Russian puncher will have to overcome mandatory challenger Anthony Yarde this coming Saturday in Russia.

O’Reilly? What a waste

Funny how people have GGG as being past it. He still beats Saunders for me.

I would back Saunders to beat a guy who... * avoided everyone with a similar style * selected Vanes, despite the fact that Saunders was running around with his "[I]dream[/I]", offering to fight him in June there is a damn…

[QUOTE=Eddy Current;19997288]Saunders would box circles around GGG and humiliate him. GGG would run out of the ring crying again like he did after the 2nd Canelo fight.[/QUOTE] Who, that guy who almost lost to Akavov? The guy who barely got…