“Tsumani” Samuel Teah hurt Kenneth Sims Jr. with left-right combinations in the second and fourth and nearly finished him at the bell ending the sixth of Friday night’s eight-round unanimous decision before his partisan hometown fans at the 2300 Arena in Philadelphia on ShoBox: The New Generation on Showtime.

Teah improved to 3-1 in 2018, his previous bouts being first-round knockouts of Orlando Rizo and Zack Ramsey in March and August to rebound from a majority decision loss to then-unbeaten Montana Love in February. Sims had won his last fight in October by unanimous decision over Andrew Rodgers, but is now 1-2-1 in his past four fights. 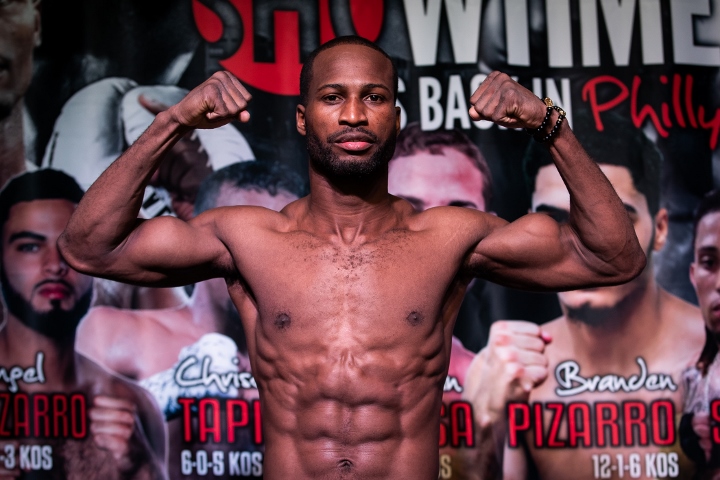 Sims wore down and was generally out-gunned after winning the first round despite his switch-hitting tactics, being battered to the head and body, throughout.

Ennis is coming off  a third-round TKO victory in July over previously unbeaten Armando Alvarez, who entered their matchup at 18-0 (12 KOs).

In the opening bout, Ukrainian Arnold Khegai overcame a bleeding, third-round head-butt induced slit over his left eye and scored a sixth-round knockdown during an eight-round unanimous decision  over Jorge Diaz.

In his second fight on American soil in as many appearances at Philadelphia’s 2300 Arena,  the 26-year-old “Arni” Khegai (14-0-1, 9 KOs) hammered Diaz (19-6-1, 10 KOs) of New Brunswick, New Jersey on the ropes over the final 13 seconds but couldn’t register his second straight knockout.