The 31-year-old, who in March became a YouTube sensation thanks to his back from the brink knockout win against Sabri Sediri, utilised his advantages in power and strength to stop Parker who was game throughout.

Maxwell, ranked 14 with the WBO, showed good composure early on and the 2014 Commonwealth Games medallist imposed his will straight off the bat against his 24-year-old opponent who was fighting in just his second ten-round contest. 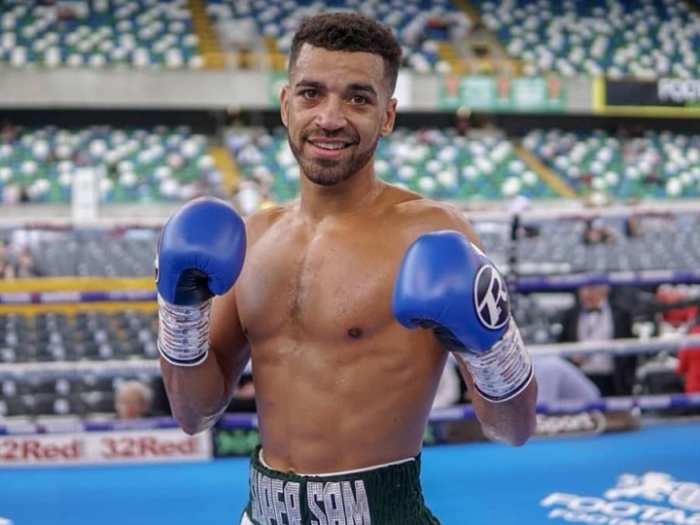 A left hook from Maxwell in the second frame was a sign of the heavy hands the champion would carry in this fight, forcing Parker to retreat. It was a good blend of hard hitting, and the boxing abilities that Maxwell sometimes neglects, in a fight he was fully expected to win.

Parker’s effort was admirable and took advantage of any success he could get particularly when Maxwell momentarily switched off allowing himself to be caught proving that the challenger didn’t look completely out of his depth.

A three punch combination in the fourth chin checked Maxwell but he responded in kind by whacking away at Parker’s pale body. Parker would try to use his movement to his advantage but sometimes too much of it was resulting in him being tagged flush rather than the other way round.

Parker began to force matters in the fifth, trying to make it more of a scrap than a fight that Maxwell could dictate. Parker was caught hard with a meaty right hand which put him off balance. It proved to be Parker’s best round forcing Maxwell to trade with him meeting everything that was thrown back at him with his best work. This prompted Maxwell’s trainer Danny Vaughan to tell him, “I don’t want any more of that” as his fighter sat down at the end of the fifth.

A straight left hand in the seventh gave Parker some hope but a clubbing left of Maxwell’s own began a hefty assault that was too much for the brave Parker to withstand. With his head being snapped back, and looking tired, referee Howard Foster rightly jumped in to end matters with just fifteen seconds remaining in the round.