Salido: I Stayed On Top of Lomachenko, I Did Not Allow Him To Think!

Mexico's Orlando Salido is still the only fighter to stain the professional record of Vasiliy Lomachenko.

In 2014, Lomachenko attempted to make history by winning a world title in only his second professional fight.

But that didn't happen, as the much bigger Salido made it a very rough fight and used veteran tactics to win a twelve round split decision to shock Lomachenko. 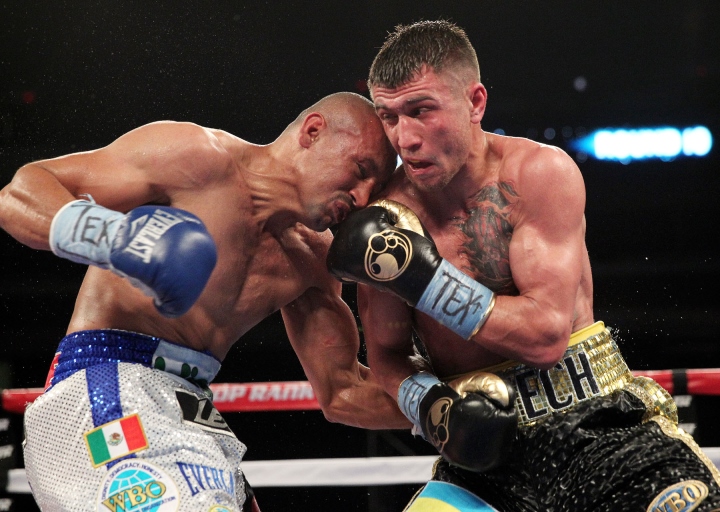 Salido explains that he stayed very close to Lomachneko and refused to allow the two-time Olympic gold medal winner to have enough time to formulate a plan during the action.

“When I fought him, I got on top of him, trying not to give him distance and not let him think,” Salido told ESPN. “If you let him think, he starts with his side steps, his movements, his left-handed guard, and that makes him very dangerous.

“We knew we had to make him uncomfortable, not let him think, and be on top of him to make him a good fight – and that’s what happened that night.

A rematch never took place, as the two boxers were never able to agree on the financial terms to make it happen.

Lomachenko has since become a three division world champion.

The much younger Lopez is viewed as the most dangerous opponent in the career of Lomachenko.

[QUOTE=BoZz;20829289]Couldn't reply to you in the other thread they shut it down, but by saying that I just want to tell you to stop crying, you have been crying since the loss defending a Ukranian cry baby with a 14-2…

[QUOTE=Boxing-1013;20828200]Don't you think word would get out, if he was paying all these guys? Like think for 1 second man. It is this kind of bad logic that has you making these terrible arguments on here. You gotta wake up…

[QUOTE=BoZz;20826783]Did I say all? I believe the majority or the fights were..where he thought there's a chance he could lose after he lost to a bum like Salido. You shouldn't call people stupid, you're the one sleeping on boxingscene defending…

[QUOTE=Boxing-1013;20826765]You said Loma paid all of his opponents to take dives? Is that the level of stupid y'all are on now.[/QUOTE] Did I say all? I believe the majority or the fights were..where he thought there's a chance he could…

[QUOTE=BoZz;20826755]Well my point proved to be right didn't it? Where was the fancy foot work? Where was that silly turning around the opponent etc etc? Like I said many times anyone who puts a bit of pressure on him will…