LAS VEGAS - The biggest fight of the year so far in the boxing world takes place Saturday night when Canelo Alvarez faces Danny Jacobs in a unification bout at the T-Mobile Arena. The fight will be streamed lived on DAZN.

In one of the undercard bouts former super welterweight champion Sadam Ali faces Anthony Young.  Ali will be attempting to win his second fight since losing title to Jaime Munguia last May.

Ali, who is a Brooklyn native, may be promoted by Golden Boy Promotions but he is backing his fellow New Yorker who is promoted by Matchroom USA to defeat Alvarez. 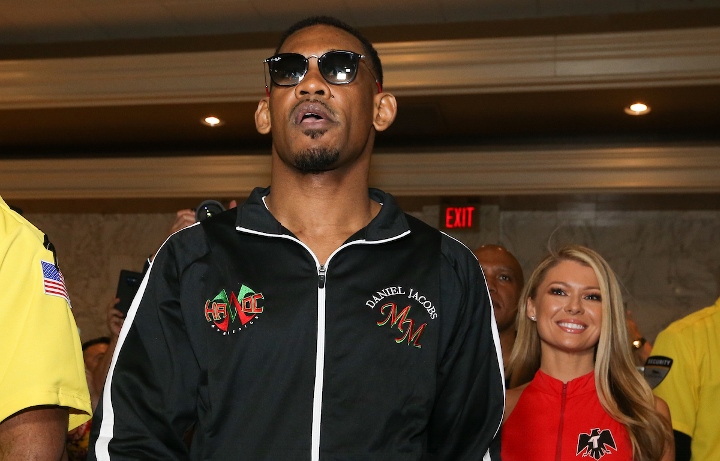 "In my mind that is his plan. He has to be perfect all through out the fight. He can't afford to make a mistake. Everything has to be right and he has to stay focused," said Ali.

Both fighters possess above average power with Canelo holding the edge in counter punching.  Jacobs hit the canvas in his fight against Gennady Golovkin but bounced right back up and showed that he has a great chin.

Ali believes that whoever is able to impose his will is the fighter that will leave with his hand raised in victory.

[QUOTE=MikeDTheRealOne;19707718]How's the chin suspect, outside of Dmitry 10 years ago, how many times has he hit the canvas? GGG didn't rock him.... explain[/QUOTE] I’m not sure how “suspect” his chin is. However, remember he got dropped by GGG and Sergio…

People who think Jacobs has a chance need to watch his fight against Sulecki...

Don't know sh_t about boxing! I'm picking the fans as the winner in a very entertaining fight that will surpass the hype!

[QUOTE=SteveM;19707185]I like Jacobs but he is over-rated - Canelo for a mid-late ko as Danny's chin is suspect and Canelo will find it easier than Golovkin did[/QUOTE] How's the chin suspect, outside of Dmitry 10 years ago, how many times…