Former four division world champion Roy Jones Jr. was proud of his countryman, Alexander Povetkin, for his most recent performance in the ring.

Last month at the Matchroom Fight Camp in Brentwood, Povetkin scored a sensational knockout of Dillian Whyte in the fifth round of action.

Coming in, Povetkin was a tremendous underdog - with Whyte being the WBC's interim-champion and holding the status of mandatory challenger to world champion Tyson Fury.

Povetkin, 41-years-old, had been down twice in the prior round and appeared to be on the verge of getting stopped. But, he landed a vicious uppercut that put Whyte down and out. 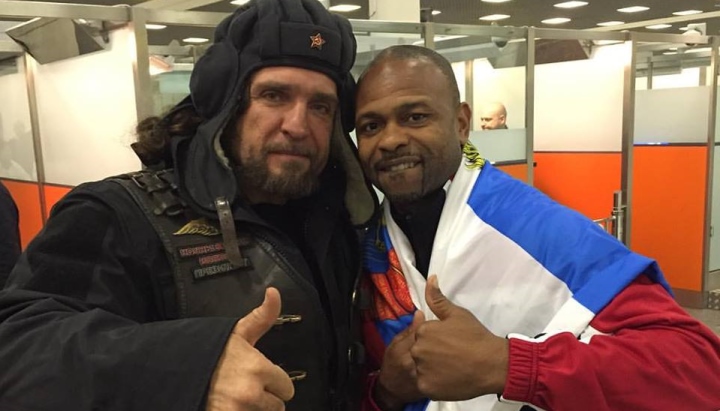 Jones obtained Russian citizenship several years ago and received a Russian passport from country president Vladimir Putin in 2015. Because of this, he was banned from entering Ukraine.

Jones fought in Russia on four occasions and held several concerts in the country. Occasionally he travels over to stage master class training sessions with the local amateurs.

The 51-year-old veteran felt proud to be Russian after watching Povetkin's big win.

"I saw the Povetkin-Whyte fight, it was an unbelievable comeback," Jones told TASS."Povetkin demonstrated the power of the Russian spirit, to come back into the fight and win. I'm really glad to be a part of this culture."

Povetkin will face Whyte in a rematch on November 21 in the UK.

Jones has a high profile fight of his own on the schedule. He will face former undisputed heavyweight champion Mike Tyson in an eight round exhibition clash on November 28 in Los Angeles.

[QUOTE=theface07;20766609]Sensible move to have Russian citizenship? Why? Russia is a police state with former KGB head Putin at the helm. It's a horrible country that keeps its people in financial and psychological bondage. Of course the rules are different for…

[QUOTE=Angeljuice;20766565]Russia hasn't been Communist for 30 odd years now. Plenty of countries don't trust Americans so to have both is a sensible move.[/QUOTE] Lol lol lol Are you claiming some countries trust Russia more than the US. That’s nonsense. Maybe…

This thread actually put a smile on my face. First few pages I’m laughing with everybody else like the fucc Roy Jones is Russian? Then the clarity that he may very well be a dual citizen makes sense and makes…