Jeison Rosario refrained from committing to whether he thinks Jermell Charlo is a better fighter than Julian Williams.

Williams was a 30-1 favorite to beat Rosario, who was an optional opponent in Williams’ first fight after upsetting previously unbeaten Jarrett Hurd in his prior appearance. Houston’s Charlo (33-1, 17 KOs) is a 4-1 favorite to defeat the Dominican Republic’s Rosario (20-1-1, 14 KOs) in their 154-pound title unification match September 26 at Mohegan Sun Arena in Uncasville, Connecticut.

“They’re different fighters,” Rosario said through a translator Tuesday during a virtual press conference. “In regard to J-Rock, I think he has a little more quickness. But Jermell is definitely stronger, I feel, than J-Rock. But that’s why I had to prepare a little differently this time [for] fighting Jermell Charlo.” 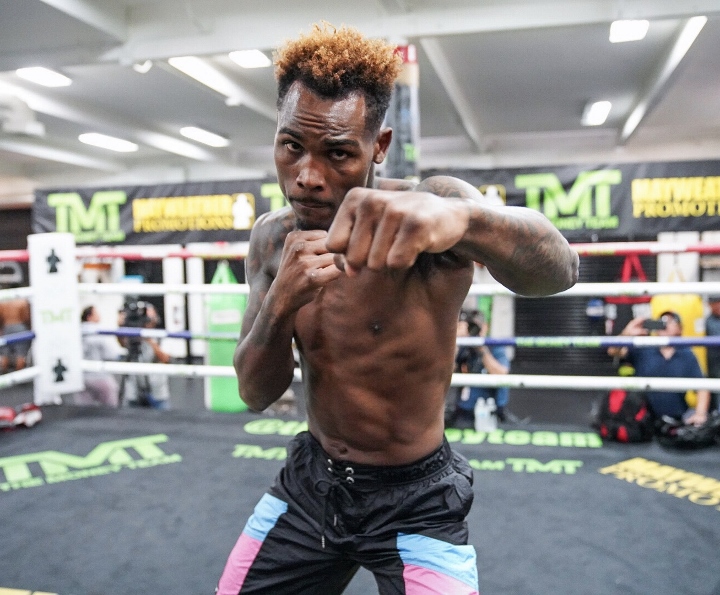 The 30-year-old Williams (27-2-1, 16 KOs, 1 NC) has lost twice inside the distance. Three years before Rosario beat him, Jermall Charlo, Jermell’s twin brother, knocked out Williams in the fifth round of their December 2016 fight for Charlo’s IBF junior middleweight title in Los Angeles.

Jermell Charlo’s lone loss was a closely contested, unanimous-decision defeat to Tony Harrison in their 12-round fight in December 2018 at Barclays Center in Brooklyn. Jermell Charlo won back his WBC super welterweight belt by knocking out Detroit’s Harrison (28-3, 21 KOs) in the 11th round of their rematch last December 21 at Toyota Arena in Ontario, California.

“I don’t wanna take anything away from the fighters,” Rosario said while comparing Jermell Charlo and Williams. “J-Rock was a great fighter. Of course, he was considered number one [at 154 pounds] when I fought him, which is the pedestal that Jermell Charlo’s [on] now, so you know, they both have their merits. I wouldn’t say which one is a better fighter between both of them. But right now, Charlo is considered the best fighter at 154.”

The battle between Charlo, 30, and Rosario, 25, is the second main event of a Showtime Pay-Per-View card September 26. Jermall Charlo (30-0, 22 KOs) will defend his WBC middleweight title versus Ukraine’s Sergiy Derevyanchenko (13-2, 10 KOs) in what’s being billed as the first main event of two three-fight shows that’ll be made available for one price.

[QUOTE=greeneye99;20765904]Sooo much for your last KO prediction.....😁 Poor Wilder Lolololol[/QUOTE] I been calling post-Corona matches with keen accuracy : I told you all that Dillian Shyte was going to get sparked by Alexander Povetkin, I said Tim Tszyu was going…

[QUOTE=Bandman;20764412]the biggest difference is charlo hits much harder. rosario will feel the difference[/QUOTE] Rosario for the Win!

[QUOTE=1hourRun;20763662][IMG]http://i.imgur.com/B6zpKWd.gif[/IMG] [img]https://i.imgur.com/Xyxf1Z8.gif[/img] Jeison Rosario, when Mell caves your chin in, you will crumble like you did with Nathaniel Gallimore. #firingsquad #ironman #chincheckers[/QUOTE] Sooo much for your last KO prediction.....😁 Poor Wilder Lolololol

[QUOTE=tokon;20764704]Jermell maybe more than jermall? But my main point was that, at their age and level, every fight from this point on needs to be big, meaningful challenges. Hopefully.[/QUOTE] I agree, at this point in their career and age-wise they…