Gabriel Rosado never forgot a phrase that Daniel Jacobs said to him: “you will never see yourself in the ring with me’ - implying that his low quality as a boxer would prevent him from one day fighting someone like him.

But that day has arrived and the Puerto Rican wants the "Miracle Man" to swallow those words.

It all happened in December 2019 in Phoenix, when Rosado was a substitute opponent in the event that Julio César Chávez Jr. did not make the 168 pounds - which in effect happened - but Jacobs chose to go ahead with the fight instead of give Rosado a chance. 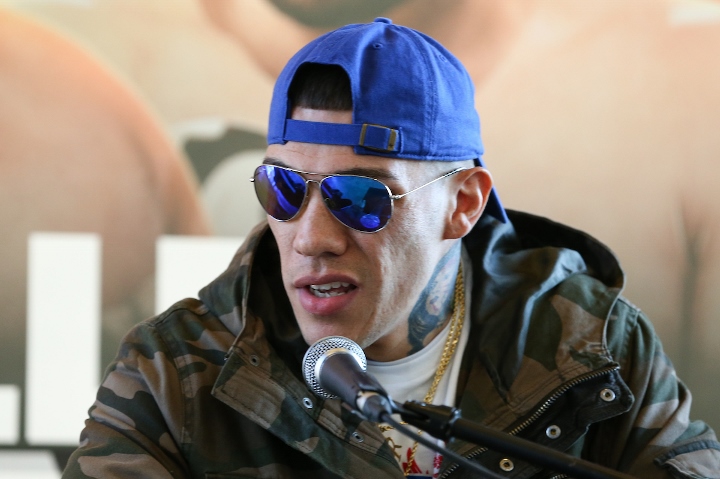 On November 27, the two boxers will collide at the Hard Rock Hotel and Casino in Fort Lauderdale, with the event being carried by DAZN.

Rosado looks at his 12 losses with pride, because none of them broke his spirit and, on the contrary, they have made him the fighter he is today.

“Freddie Roach is a very experienced trainer and has helped me prepare a plan against Daniel Jacobs. I really like Freddie, because he doesn't waste my time in the gym. He always has clear objectives and has helped me grow as a boxer," Rosado told George Ebro.

“[Jacobs] told me that we were never going to fight. He's always talked to me like that, that's why I don't like him. We started our careers almost at the same time. We have like 14 years of professionals. This fight should have happened long ago, but it will finally be this November 27.

“I started my boxing career late, at 18 years old. It took me a long time and many punches to learn and gain experience, because I did not have an amateur career. At this point I already have that experience and I know what to do. I feel strong and with a coach like Roach I will reach a higher level to win a world title.

“Freddie is pure business. Every day in the gym we are working on the plan. Freddie is pushing me a lot and the camp has been one of the best I've had in my career. The winner [of the fight with Jacobs] can go for a world title and that is what motivates me, the possibility of being a champion."

[QUOTE=Jab jab boom;20900370]stop crying like a female. You clearly don't know as much as you think you do if you're saying that a fighter who is known by most in boxing for being a warrior who comes to fight, win…

[QUOTE=rudy;20900175]He is just coming to get a payday nothing else won’t even try to win[/QUOTE] Stop Trolling Boxing We need real comments from Real Fans.. You know nothing about boxing

[QUOTE=Get em up;20900922]Exactly... well said and good observation. I like Danny though he has the talent just lacks the drive in big fights[/QUOTE] Danny Jacobs does have talent, he's a classic boxer, he also has a sturdy chin. He lost…

I want rosado to win but we all know rosado...Sidenote, his resume is *****ing Loaded.