Ronnie Shields: Jermall Will Fight Canelo At 168, 175, Wherever He Wants

Charlo’s trainer praised the unbeaten WBC middleweight champion for displaying intelligence and discipline while fighting the toughest opponent he has encountered as a middleweight. Now that the Houston native has proven himself against a top 160-pound contender by beating Sergiy Derevyanchenko convincingly, Shields is hopeful that the 30-year-old Charlo can land the biggest fight of his career – a showdown with Mexican superstar Canelo Alvarez.

“I know Canelo’s going through some things right now with DAZN and with Oscar [De La Hoya],” Shields told BoxingScene.com following Charlo’s 12-round, unanimous-decision victory over Derevyanchenko (13-3, 10 KOs) at Mohegan Sun Arena. “So, you know, maybe if they get their situation together, they can sit down, they can call Al [Haymon] and we could make the fight. That’s probably the fight that makes the most sense for Canelo. I think for Canelo that makes the most sense, and for Jermall.” 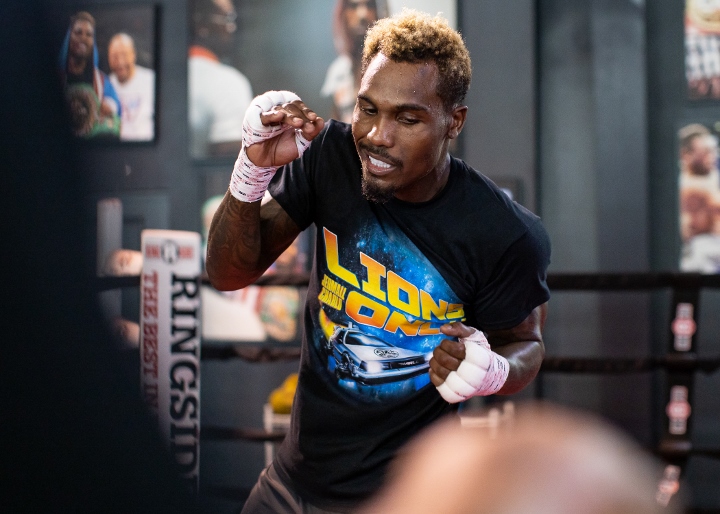 Charlo (31-0, 22 KOs) owned the WBC’s interim middleweight title and was Alvarez’s mandatory challenger before the WBC named Alvarez its franchise champion in June 2019. The WBC elevated Charlo from interim champ to world champ once it granted Alvarez an unprecedented designation, which allows Alvarez to fight in different divisions while maintaining his status as a WBC middleweight champion.

The 30-year-old Alvarez is embroiled in a legal dispute with DAZN, the streaming service with which he has a long-term contract, and his longtime promoter, Golden Boy Promotions. If Alvarez and DAZN cannot come to an agreement on how much Alvarez should be paid per fight, the four-division champion could become a network/streaming service free agent.

If Alvarez and DAZN separate, it would make an Alvarez-Charlo bout easier to make for Showtime. That premium cable network distributed the pay-per-view event that featured the Charlo twins Saturday night and has worked with Alvarez on the biggest pay-per-view fight of his career, his loss to Floyd Mayweather in September 2013.

Showtime’s Stephen Espinoza, the network’s president of sports and event programming, has publicly expressed interest in Alvarez should he become available again.

Shields recognizes Alvarez’s greatness, but he is confident about Charlo’s chances against one of the top boxers, pound-for-pound, in the sport.

“It’s a tough fight,” Shields said. “Canelo is a great fighter. But again, Jermall rises up to the competition. It would be a great fight. It’d be a fight that fans would definitely wanna see. And that fight needs to be made.”

12 Million while the other gets the Ficticuis 35 Million. Canelos is playing against time, Age is unforgiving. Similar to how Luis Collazo was played. More time out equal Rust that cannot be undone. 30+ Year Fan here, The longer…

Charlo''the duck'' turn down a fight against canelo on may 2019.,he was offer 12 millions and turn them down,,i guess he was afraid back then?

Charlo ducked canelo on may 2019..what makes you think canelo will throw you a bone again if you already turn his 12 million offer down

Hahahha they all want a bone from canelo and all they get is crumbs!

Charlo turn down 12 millions to fight canelo in may 2019... I guess charlo was not ready? Or maybe just afraid of the cinnamon body shots..