Rocky Fielding has expressed a desire to fight James DeGale next -- but insists they’re at the early stages in terms of the fight being made.

Six weeks ago, James DeGale dumped his IBF super-middleweight title to avoid a high risk-low reward mandatory defence against Venezuelan Jose Uzcategui and instead chase domestic rivals and the kind of fights that would, financially, help usher the 2008 Olympic gold medallist towards a fruitful and early-ish retirement.

Billy Joe Saunders and Chris Eubank Jr., the reserve fighter in the World Boxing Super Series super-middleweight final, have been mentioned as potential fights on the horizon for ‘Chunky’. 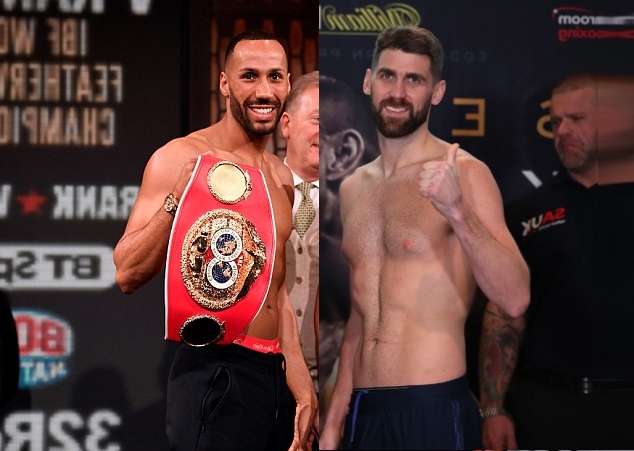 But WBA ‘regular’ world champion Fielding told Boxing Scene that discussions have been had regarding the fight.
“There have been talks,” Fielding said recently. “I was in London last month and I spoke to [promoter] Eddie [Hearn], but he’s the only name that’s been mentioned, really, so I don’t know too much.

“I’m not about taking it easy now. I’ve done it all now, I’ve won the world title and now it’s about cashing in and winning financially, getting the rewards for all the hard work that I’ve put in.”

Hearn revealed recently that he was planning a return to Liverpool for November, potentially November 3 at the ECHO Arena, exclusively live on Sky Sports, with former English, British, Commonwealth, WBC International and WBA Inter-Continental champion Fielding expected to feature.

“I’d take the fight, that’s fine, I’ve got no problem with fighting DeGale. He’s a good fighter, but I’d have to be paid properly to have it. Eddie said that he was looking for all kinds of money for the fight when it was first mentioned a few weeks back, but all I said to him was: ‘Make sure I get more than him.’

“I’m back in training properly after Belfast this weekend and I want to get out again as soon as possible.”

This would be an ugly matchup and the build-up would be excruciating. James DeGale doesn't have enough left to put Rocky from Tocky away, and Rocky would just huff and puff and lean all over DeGale for 12 rounds. Fook…

DeGale sucks. If he loses he should retire.

Think they both need the fight really. Public dont really give a **** about Degale, Fielding needs a legit win before going on to the Groves/Smith winner.

I actually had a dream about this fight last night. Fielding is gonna KO DeGale

So he's won an alphabet strap and he's going to cash in on all that glory. Oh ffs. Does he really believe that being the WBA regular champ means anything? I regard it as a minor belt now.